The Power of Idea Marketing 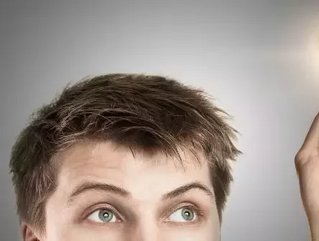 Contributed by Amy Knapp, a Think Socializer with ThinkSocial

It used to be that you needed to borrow unthinkable sums of money to build and promote a new business.  You needed a sixty-page business plan more solid than rock, preferably etched in stone by a higher force and possibly even carried down the mountain by Moses himself.

Next you needed to invest those dollars in a lot of paid advertising no one wanted to hear anyway: unwanted marketing material in the post, unwanted interruptions during our favourite TV programs, maybe even unwanted knocks on the front door.

Those days are gone. We live in a DIY world. And that includes the business world. Marketing that used to be arduous and expensive is no longer so. You can open a Facebook Page for free. Same goes for a Twitter account. LinkedIn company pages aren’t free, but comparatively speaking the investment is minimal.

Social media is the biggest virtual excavator in the world. It’s already leveled the playing field considerably. Your most powerful marketing tool is no longer your bank account. It’s your customers. That includes your fans, followers, connections, etc.; anyone who reads, likes or shares your content.

There are two ways to go about marketing a product. You can bombard the market with a mediocre idea backed by truckloads of cash or you can take an idea that is simple yet revolutionary and watch it propagate itself. That’s called Idea Marketing.

Even corporations are catching on to the power of Idea Marketing. Take Dick Smith, for example. Instead of buying advertising space during the evening news, Dick Smith buys its way onto the news, making its advertisements look like new items. They’re hoping you’ll want you to talk about it. Did you see that story on A Current Affair last night? How about those giveaways?

To the credit of Australia viewers across the country, no one is buying it.

Idea Marketing requires great leadership. Nay, revolutionary leadership.  You must be willing to break the rules. To do things differently. To create something people want to be a part of.

Brave leadership is what moves people to act. New ideas are contagious and is the change they create. People get excited when they see things being done differently. They say to themselves, I want some of what she’s got. Whatever that guy’s doing, I want to do it also. And I want my friends to do it too.

The biggest challenge is doing things differently. Being brave enough to branch out in a way no one else has done before. To find that unique place from which you can motivate the masses. To create products that change the way people think about your industry.

It’s simple really. All you need to do is break the rules.  In most industries, everyone is following the same set. A leader looks for cracks in the foundation. Rather than patching them up, she starts from scratch with a foundation that is entirely new.

The end result is that she builds the most modern, most interesting house on the block. And you know what? Everyone wants in. And those who don’t are talking about it anyway. They can’t help themselves.

Brave leadership is what creates a movement. It’s what creates those raving fans that own every single product your company makes. It’s the reason people line up for three days outside the Apple store in the pouring rain.

Great ideas don’t need traditional advertising.  When was the last time you saw an advertisement for Costco? Can’t remember? That’s because they almost never advertise. The company saves up to two percent in costs every year by using their customers as walking, talking (free) advertising. Their alternative business model allows them to sell products so cheaply people can’t help themselves.

(Incidentally, Costco takes immediate payment from customers but pays its suppliers at about nine months.  Essentially, the company is a bank. So you see...revolutionary.)

Think about it: you can spend millions on big budget advertising or your can come up with an idea so infectious it promotes itself.

That’s why they call it a million dollar idea. That’s the power of Idea Marketing.

Amy Knapp is a Think Socializer with ThinkSocial, a Sydney business that helps small and medium-sized businesses grow via social marketing.