Pop Stars to Descend on Australia 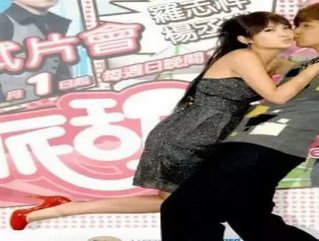 The two young celebrities will star in a five-episode online drama series filmed in Victoria, NSW and Tasmania that will broadcast to approximately 10 million viewers across the Greater China region. Each Australian region’s tourism bureaus will also have an opportunity to highlight specific destinations through a series of accompaniment videos,

Show Lo, who has previously worked with Tourism Australia to promote the Great Barrier Reef, will also feature Australia in the background of some of his forthcoming album’s music videos.

“Show Lo and Rainie Yang are extremely popular within Greater China. Their appeal, magnified through this new online drama series, will create a great platform for us to promote the very best of Australia,” Tourism Australia Managing Editor Andrew McEvoy said in a media release.

The stars’ arrival will also spur a series of social media promotions and campaigns to help showcase Australia as an attractive holiday destination for the nation’s fastest-growing international tourism market. Having attracted more than 540,000 Chinese visitors to Oz in 2011, the market is currently worth $3.6 billion to the tourism industry.

“This campaign is another example of the power of advocacy through social media and digital platforms in tourism marketing, allowing us to reach an international audience through the web which they are actively using to plan and book holidays,” said Mr McEvoy.