Periscope vs. Meerkat and how the two can be beneficial in marketing 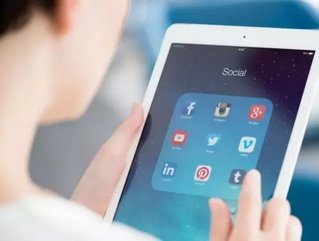 Two months after making its debut on iPhone and less than a month after rival Meerkat first arrived, the live-streaming site Periscope has now become available on Android devices.

Periscope has been very successful for Twitter in recent months, gaining one million users within its first 10 days in existence on iOS. However, the Android version is believed to be even better as it will allow users to tweet links to their broadcasts, give more control over notifications and provides optional location sharing.

After being acquired by Twitter in March, Periscope has been in direct competition with Meerkat since first launching on iOS. Although Meerkat had an early head start, Periscope has the advantage as Meerkat’s ability to plug into Twitter’s social graph was blocked soon after purchasing the rights to Periscope. This has forced Meerkat to attempt to remain competitive by adding new features of its own, including recommendations of new people to follow, a new way to follow people from inside streams and new ways to discover streams your friends may like.

Although the two have some distinct differences such as Periscope’s optional replays and private streaming compared to Meerkat’s always-public version, the two are certainly fighting for the same audience. So how can the two used in today’s business world?

The two platforms give large companies a completely new way to market and engage with their audience, as well as push traffic to their websites. They can be used to announce special offers and contests, make it easy for influential people endorse their products, provide a behind-the-scenes look the brand, provide a sneak peak at upcoming products as well as give instant feedback.

A recent study by Greenlight showed about 20 per cent of marketers intend to use live-streaming apps in their marketing campaigns, and about 28 per cent of marketers plan on experimenting with mobile messaging in 2015. It also discovered that a large part of marketers’ decision to use new technology comes from influence from what their competitors are doing (34 per cent). But perhaps what is most surprising is only 51 per cent said they would need assurances that new technology would generate results prior to investing in it.

Greenlight COO and founder Andreas Pouros said, “Hardened by past mistakes, we are seeing marketers take a wait-and-see approach to new technology and platforms before making an investment. The live-streaming market is a classic example. As the battle for market share between Meerkat and Periscope heats up, we could see some marketers bet burnt if they back the wrong horse.”

The study also showed 41 per cent of marketers regret investing in new technology or platforms. Some reasons for this include the number of users end up lower than expected (24 per cent), they get disappointing business results (13 per cent), there is a feeling that a competitor would have been a better choice (12 per cent), there’s a belief that they wasted money (eight per cent) and simply just not understanding the product (four per cent).

However, companies will soon either need to adapt or be left behind.