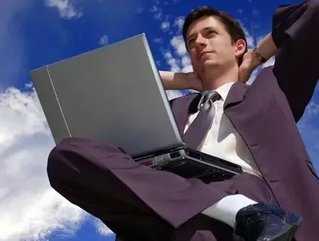 Morgan Stanley Smith Barney, one of the largest wealth managers in the world, has become the first major retail broker to allow its brokers limited use of Twitter. The company is also permitting the use of professional networking site LinkedIn.

A test group of 600 Morgan Stanley Smith Barney advisers, including “Chairman’s Club” brokers, will begin trialing the program next month, and it will be rolled out to the rest of the company’s 17,800 advisers within six months.

In an internal memo obtained by Reuters, Morgan Stanley Smith Barney US wealth management boss Andy Saperstein said, “The emergence of social media has changed the way in which people communicate with each other and companies interact with clients.” He also cited that it will be a significant competitive advantage.

Reuters also reports that Tweets on Twitter and status updates on LinkedIn must first be approved by the firm, such as official company views on market outlook or specific events. Advisers are permitted to use interactive features of LinkedIn but will not be allowed to “recommend” themselves or other financial advisers. They, in turn, cannot be recommended by others because of regulatory restraints on the use of testimonials.

To comply with social media regulatory requirements established by the Financial Industry Regulatory Authority last year, Morgan Stanley Smith Barney is establishing technology to encapsulate and store all communication on approved social networking sites, according to the memo.

Other wealth managers that have permitted limited use of LinkedIn include Merrill Lynch and Wells Fargo Advisors.