Is mining entering the world of mass media? 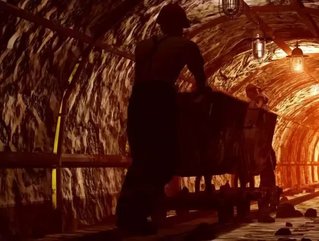 The mining industry recently underwent a series of attacks after the controversial approval of the Shenhua Watermark open-cut coal mine near Gunnedah that took place on July 8. Farmers worried about water impacts are attempting to launch a campaign to stop the giant mine, slated for ridge country adjacent to the Liverpool Plains.

In response to the attacks, on Sunday, July 19, television advertisements began airing in Sydney highlighting the importance of mining to the state.

The TV campaign compares the mining industry’s water and land use to agriculture and housing.

Led by the New South Wales (NSW) Minerals Council, the council has also created a website, landusefacts.com.au, to challenge what it calls "myths" about the impact of mining on land.

According to the group, the industry accounts for 1.2 per cent of the state’s water use while households account for 6.5 percent.

“From the amount of attention sometimes given to mining you could be forgiven for thinking that mines are engulfing NSW, but the reality is mining operations account for around 0.1 per cent of the state’s land,” NSW Minerals Council chief executive Stephen Galilee said in a statement.

Coal is NSW’s most valuable export commodity, according to Galilee, and the mining industry employs over 34,000 people around the state.

“If NSW is to thrive, it needs mining, so let’s ensure mining has a long-term future here in NSW,” Galilee said.