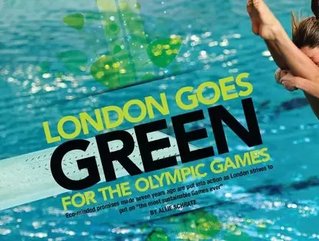 Seven years ago, former Prime Minister Tony Blair pledged to ‘paint the town green’ and host the most environmentally friendly Olympic Games in history if London won the bid to host the global sporting event. We all know they successfully won over the International Olympic Committee and will soon see a massive uptick in air traffic heading to Heathrow Airport, so how does the city plan to keep this promise?

In past host cities, many structures built exclusively for the Olympic Games are abandoned once the torch is extinguished, wasting the billions of dollars that went into the planning and manufacturing of the venues. Athens is a prime example: after bringing the Olympics back to their origin in 2004, a vast majority of its stadiums, pools and other structures now stand empty and cost an estimated £500 million(AU$800 million) annually to maintain. That event was widely considered a failure on both an Olympic and an economic scale.

Therefore, heaps of pressure weighs on the shoulders of 2012 Games sustainability head David Stubbs to produce an event that will leave a positive ‘legacy.’ So far, London has made great strides in the right direction:

A report released by the London Organising Committee in April said that the carbon footprint left by the Games will be equivalent to 315,000 metric tonnes – a 20 per cent drop from March 2010 estimates. A few implementations that contributed to the decrease include:

“London 2012 has managed to find alternative solutions that ultimately are leading to better outcomes in terms of carbon reductions, even if not by the original means envisaged,” the report said.

If all goes according to plan, London will host the first zero-waste Games in accordance with its Zero Waste Games Vision report. According to the report, the 2000 Sydney Summer Games published their own waste and resource recovery strategy and achieved a 68 per cent waste generation. At the 2010 Vancouver Winter Games, 63 per cent of waste was composted and 77 per cent in total was diverted from the landfill.

In London, the city has committed to the following:

“Developing ways to prevent waste arising in the first place, for example by reducing consumption, designing out waste at product inception, or applying new business models that focus on reuse or leasing, is, in my view, critical to longer-term success,” said Dr Liz Goodwin Chief Executive, Waste and Resources Action Programme (WRAP) in the report.

This will likely be the biggest headache for London Games organisers, with many nations’ athletes opting to fly into Stansted Airport (also in London) to avoid the chaos of Heathrow, traffic in central London is expected to increase by as much as 30 per centduring the Games, and a rumoured potential strikeby the 20,000 city bus drivers. (Fortunately, a tube strikewas averted.)

According to the Sustainable Transport and London 2012 report, £10 million has been invested in walking and cycling routes – the encouraged modes of transport for spectators.

A majority of the Games workforce will also commute to and from work via public transport, which will feature Virgin Media Wi-Fi access at most stops.

"Efforts such as greening of the supply chain, regeneration of an inner-city and bringing energy efficiency to local homes, can build the confidence to wider society that sustainability is not theory but infinitely do-able," the United Nations’ head of the Environmental Programme Achim Steiner told the BBC. "Once the Games are over, I look forward to analysing the achievements and lessons learned."