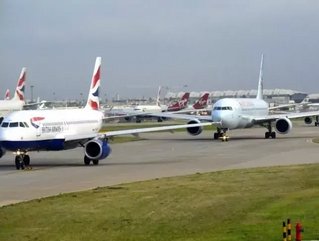 Mumbai airport in India has broken the world record of the most flights handled by a single operating runway.

On Friday, 969 flights passed through the airport within 24 hours.

The airport actually has two runways, but only one can operate at a time since due to space restrictions, they are designed to cross over one another.

It is thought India will become the third biggest market for aviation travel in the world, following China and the US, as incomes overall rise and more affordable flights are offered. As a whole in 2016, about 100mn domestic passengers passed through India’s airports.

This was reported by the Times of India, citing an official from Mumbai International Airport Limited. The airport would usually move about 900 flights per day and has said it hopes to increase this number to 1000 planes in a 24-hour period.

The International Air Transport Association says 337mn more will be added to this over the next 20 years. Currently about 97% of India’s population (which is around 1.3bn) have never been on a plane, meaning a low penetration rate may help aviation businesses break into the market if they are offering something more affordable.

Friday’s number of flights is said to have been boosted by additional private and charter flights which upped the numbers from the figures which would have been normally operated by airlines.