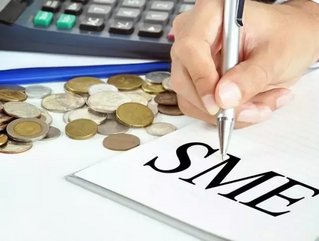 In a marketing competition between rival airlines, Virgin Australia and Qantas are directing their focus toward small and medium enterprises (SMEs).

Virgin recently announced it will offer 10 per cent flight discounts for members of its accelerate program, which is intended for companies that spend anywhere from $20,000 to $250,000 per year on airfare.

The program primarily focuses on air travel rebates between $400-15,000 annually based on the amount spent by its members, with a minimum of $20,000 to receive the rebate. In addition, it offers two Velocity pilot gold memberships, which comes with lounge access for companies that spend $2000 within the first three months.

Meanwhile, Qantas began providing similar discounts earlier this year through its Aquire program for SMEs, which was launched in 2014. The Aquire program is similar to the airline’s frequent flyer program, as companies can earn Aquire points in addition to the frequent flyer points earned by individual travelers.

RELATED TOPIC: Are Woolworths and Qantas really ready to end their marriage?

Aquire points can also be earned through corporate spending partners such as GIO Business Insurance and Westpac business credit cards, as the points can later be transferred to Qantas frequent flyer points to redeem for rewards.

Although some industry analysts believe Virgin has held the top spot in the SME market for the past several years, Qantas is beginning to close ground. There is no minimum annual amount of spending needed to join Aquire, which makes it more attractive to the bigger SMEs that Virgin targets.

“Aquire is starting to gain traction in the market,” said Simon McLean, managing director of Sydney-based Complete Business Travel. “Both programs are good and are rewarding loyalty, which is what needs to happen.”