How mobile banking is taking over Australian business 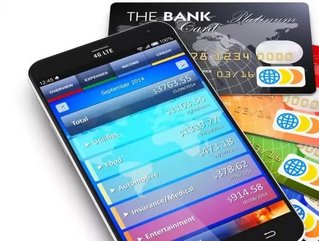 Mobile banking has passed online banking as the top way customers interact with their bank, and it is Australians who are leading the change.

In a recent survey by Bain & Company, 38 per cent of Aussie communication with their bank was by either smartphone or tablet in 2014, which was a 22 per cent increase from 2013. Meanwhile, online banking interactions dropped from 42 per cent to 35 per cent.

The results are based on surveys of 83,000 consumers from 22 different countries, including 2,700 Australians.

Although the trend is international, Australian customers are leading the world in using mobile banking, as they are less likely to enter a branch than people in other countries. This is hurting banking giants such as Westpac, ANZ Bank, Commonwealth Bank Australia (CBA) and National Australia Bank due to the high usage of mobile technology becomes a target to the growing number of technology-based businesses competing with the banks in payments and lending.

In addition, those top banks have a 15.8 per cent average return on equity, compared to about 10 per cent for banks in the US. Despite Australian bank branches having less and less of a role in today’s mobile age, there’s still a need to help customers with complicated issues or provide financial advice.

Meanwhile, large banks such as CBA announced recently that it will use Ripple technology to expedite payments between its subsidiaries, which many are describing “The way of the future.” Although it’s only experimental, CBA’s size makes the announcement a little more significant.

Ripple, an online payment transfer system, is best known for its dealings with cryptocurrencies. The CBA has internally been testing crypto protocols, and will soon begin a wider experiment with one of its offshore subsidiaries to explore the benefits of intrabank transfers using these protocols.

One of Australia’s “big four” of the banking industry, CBA recently acquired a digital banking-related business in South Africa, where 1.2 billion people have better access to mobile phone services than traditional banking outlets. The CBA’s mobile banking app in Australia supports 15 international currencies, which allows its 3.5 million users to make instant payments to whichever one they want.

As part of its expansion efforts, Ripple Labs announced two months ago that it would open subsidiaries in the Asia-Pacific region to focus on the intra-Asia trade that many expect to surpass European trade flows to be the world’s largest by 2016.