How Coca-Cola's new marketing strategies are paying off 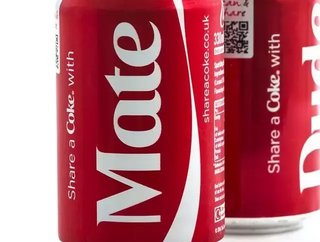 There is much more to being one of the world’s most valuable companies than just having a product that people enjoy.

Beverage industry giant Coca-Cola has increased its spending on advertising in recent months, and it’s working.

The United States’ based company believes better quality of marketing has helped its second-quarter profits rise to US$3.1 billion from US$2.6 billion one year earlier.

In addition to more focus on advertising, the brand has also begun incorporating mini-cans as well as glass bottles that tend to cost more. This comes after the company cut costs of its other products Sprite, Fanta and Powerade to bolster its below-average sales growth, then using that money for better marketing tactics.

Mainly due to the impact of foreign currency exchange rates, Coca-Cola’s global revenue dropped to $US12.16 billion for the period. However, the company’s organic revenue, which doesn’t include those factors, went up four per cent during the same period.

Coca-Cola’s advertising spending increased more than 10 per cent during the quarter, due to promotional strategies such as the recent “Share A Coke” campaign that places names and other slogans on the bottles. This has led many consumers to take pictures of them and post on social media platforms, which certainly helps the drink’s popularity.

As more people continue to consume other less-traditional beverages, the company decided to raise prices for the product with its new style of packaging. In fact, Coca-Cola’s more expensive mini-cans had sales volume increase by double-digits.

Most of that growth in North America comes from having smaller sizes to choose from, according to Coca-Cola North America president Sandy Douglas. She noted that some customers prefer more petite sizes as opposed to packages that are too big and lead to waste.

According to the company, people in over 200 countries consume 1.9 billion servings of Coca-Cola each day. With a world-famous logo and recipe, the product is well-known in homes throughout the world and is a pillar in the beverage industry.

It also was sold for a consistent price from its initial creation in 1886 all the way up to 1959, when it could be purchased for just five US cents.

Coca-Cola nearly made a disastrous decision in 1985 when it decided to discontinue its original recipe for a more modern product called “New Coke,” which it didn’t go over well with loyal customers and appeared to be an overreaction to the increase in sales for Pepsi-Cola.

So it appears as long as the product and the traditional logo remain intact, less is more for a company of Coca-Cola’s stature.