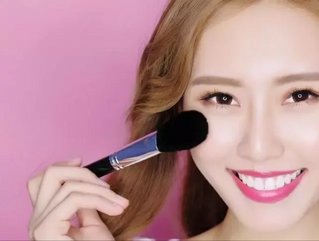 It was announced on Wednesday that French beauty company L’Oréal will purchase South Korean make-up and fashion firm, Nanda Co.

Nanda owns the fashion business Stylenanda and the cosmetics brand 3CE. Last year, the company reported a turnover of $152mn and Stylenanda currently employs just under 400 people. The Korean brand operates in both Korea and Japan and its overseas markets include Hong Kong, Singapore, Malaysia and Thailand.

The exact value of the deal has not been disclosed but according to Reuters, when L’Oréal first announced its intention to buy Nanda, Korean media reported that the sum could be over $370mn.

Nanda will join a company that already owns 34 brands and employs over 82,600 people across the globe. Last year, L’Oréal reported revenue of over $31bn.

In a statement released by L’Oréal, So Hee Kim who founded Stylenanda in 2004 said: “We strongly believe this transaction will be a landmark breakthrough for Nanda. Grounded on L’Oréal’s solid support and global platform, we envisage to expand Stylenanda’s footprints internationally, becoming a world-renowned brand to lead global trends in beauty.”

Alexis Perakis-Valat, President of L’Oréal’s Consumer Products Division, stated of the deal: “Stylenanda captures Seoul’s vibe, edge and creativity, it is perfectly positioned to nourish the growing appetite for make-up of millennials in Korea, China and beyond.”

Yann Le Bourdon, President of L’Oréal Korea, added: “With this acquisition, L’Oréal Korea will substantially reinforce its presence in the accessible make-up market. We are very proud to welcome the Group’s first Korean beauty brand and continue to contribute to bring Korean beauty and style to the rest of the world.”

In September 2017, Unilever announced it had invested $2.7bn in Carver Korea, a South Korean skincare and beauty brand. Some of its main products include skin whitening creams which are popular in Asia.