Everything Australian food exporters need to know in 2017 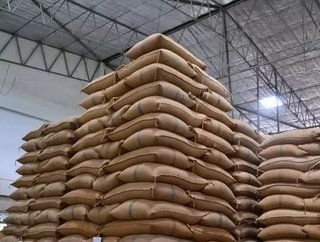 The report focuses on 12 key global markets: USA, Germany, France, Belgium, Spain, Denmark, Italy, the Netherlands, Ireland, Poland, Hungary, and Portugal. It found that there is a significant amount of consolidation taking place within the industry as companies look to merge to insulate themselves against drops in demand for certain products, as well as volatile commodity prices.

Broken down by country, the report offers key insights including:

The food and beverage manufacturing industry is one of the largest in the country, employing more than 1.4 million people in more than 21,000 companies, generating revenues of around US$760 billion. The market is tipped to grow by a modest 1.6 per cent in 2017, which is below the expected GDP for the same period. This is largely due to relatively benign agricultural commodity prices, as well as new requirements imposed by the US Food and Drug Administration for manufacturers to include nutritional facts on packaged food to reflect new scientific information, which adds costs to food production.

High energy and labour costs are impacting the Belgian food industry, with labour costing 20 per cent more than in France, Germany and The Netherlands. This reduces profit margins for Belgian companies, though the market is still profitable. This is largely due to the high quality of food products produced in the country, as well as its strong export performance to markets outside of the EU. The sector is set to grow by 1.8 per cent in 2017, ahead of the anticipated 1.3 per cent growth in the country’s GDP.

The food sector is Germany’s third-largest industry, employing more than 570,000 people. Domestic market conditions have seen annual turnover figures either level off or decrease, mainly due to a shrinking population and increasing price pressure. A number of high-profile fraud cases have added more pressure, while the fiercely-competitive market has led to a major squeeze on prices for suppliers.

Netherlands: As one of the largest exporters of agricultural and food products in the world, the Netherlands’s food product exports totaling EUR 60 billion in 2015. Small and mid-sized retailers are being squeezed and are expected to lose further market share. Profit margins overall are tipped to remain stable, with the market expected to grow by 1.1 percent in 2017, below the expected GDP of 1.5 percent.

Worth EUR 170 billion in 2015, the French food sector is expected to grow by 1.6 percent in 2017. Many domestic food producers’ margins have been negatively impacted by price competition in the French food retail market. The level of non-payment notifications and insolvencies is low in the sector compared to other industries.

The export-driven food sector remains Ireland’s most important, employing around 50,000 people directly with a further 180,000 related jobs in farming and support industries. It is highly-dependent on the UK market, which accounts for 40 percent of its exports, so the shrinking margins and volatility caused by the Brexit decision has had a negative impact on this market.

Denmark: Denmark’s exports in recent years have been driven by emerging markets, but the sector contracted by 0.3 percent in 2015 and is expected to level off in 2017 due to strong domestic and international competition and low sales prices. As profit margins are generally low, smaller players are susceptible to sudden market shocks.

The food and beverages sector is a very important part of the Hungarian economy, as the second-largest employer and the third-largest producer in the manufacturing industry. It is expected to experience growth of around 2.4 percent in 2017, driven mainly by exports. Primary exports are fruits and vegetables, meat, and dairy products. That high export exposure does make it susceptible to global volatility.

Italy’s food sector employs around 385,000 people and generated a total turnover of EUR 135 billion in 2015, with exports accounting for EUR 36.9 billion. Italy is also the world’s biggest exporter of wine. The short term outlook for Italian food exports remains positive, and the industry as a whole is expected to grow by 1.2 percent in 2017.

The Portuguese food sector is expected to grow by 1.8 percent in 2017, up from the expected 0.3 percent growth in 2016, which was affected by a decline in two of Portugal’s biggest export markets: Brazil and Angola. The Russian import ban has also negatively affected produce prices, particularly meat.

The agri-food sector is one of Spain’s most important, employing 2.4 million people and accounting for nine percent of the national economy. Food exports, which account for 15 percent of all Spanish exports, increased by 7.5 percent in 2015 to EUR 44 billion. The sector is expected to grow by 1.8 percent in 2017. The external financing requirement of food businesses is high, and the intense price war in the food retail segment has left some players in a difficult situation.

Mark Hoppe, managing director, Atradius ANZ, said, “In general, the food sector continues to perform reasonably well, with a stable credit risk situation in many countries. It helps that, compared to other industries, food is rather resilient to business cycle downturns.

“That said, in most markets, food producing and processing businesses remain under pressure, as a consequence of fierce competitive environments putting pressure on retailers to discount produce, which in turn drives down prices for suppliers, whose margins are becoming stuck at low levels or even shrinking.

“Australian food exporters should be aware of these conditions in our trading partners and take steps to ensure they are managing risk appropriately.”

Please see below a link to the full report.