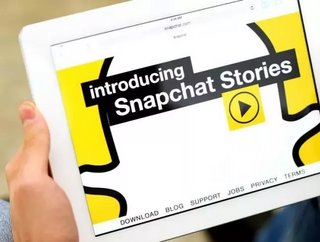 As Cricket Australia looks to boost its digital coverage of the Ashes test series against England this summer, the organisation has joined social-media platform Snapchat much like several other companies around the world.

The governing body for professional and amateur cricket in Australia has been posting behind-the-scenes videos and photos of the Aussie cricketers while on tour. Some of the content includes “a day in the life” features, players traveling to and from hotels as well as players warming up prior to matches.

Over 20 million snaps are shared across the world every day, and businesses are now taking advantage of it to promote themselves through this short-term visual messaging app. Business Review Australia previously reported KFC’s strategy to promote its new tacos via Snapchat.

With Snapchat’s growing popularity, especially among teenagers, Cricket Australia is looking to find different ways to engage with the younger demographic at all times of the day. Interest has been stronger than expected too, as consumers are also able to watch test matches live on the app and total downloads soared past two million earlier this month.

Over 900,000 users logged on to the cricket.com.au website and app during the first two days of the first test, as most people were genuinely interested in highlight footage the morning after the action. Live streaming on the app averaged over 30 minutes per session.

But what other companies have begun incorporating Snapchat into its marketing plan? America’s National Basketball Association (NBA) has been doing it in recent years as well, posting 40-60 second snaps of pregame warm-ups, sideline interactions in addition to score updates at halftime and at the end of games.

Other brands making its presence felt on the social media platform include Southhampton F.C., Audi, Heineken and McDonald’s.

In addition, the United States yogurt shop 16 Handles was among the first companies to use Snapchat for its marketing campaign. The company shared coupons through three steps: First, send a snap of yourself tasting the yogurt at the store to the company’s account, then 16 Handles automatically sends a snap of the coupon back to you. And last, you wait to open the snap of the coupon that takes anywhere from 16 to 100 per cent off your purchase once you’re ready to use it.

Snapchat continues to innovate itself, now making news content even harder to ignore. In a recent update to the app on iOS called the Discovery feature, the platform redesigned its stories section to promote content from its media partners such as CNN and ESPN. Cricket Australia has shown interest in joining it as well.

The section, which just began in January, features a regularly-updated stream of videos, photos and articles from the media outlets. Reported valued at approximately US$16 billion, Snapchat has been searching for new ways to increase profit without pushing away its core user base.

These company promotions using the power of social media are both cost-efficient and bring its message to a new audience. Because as we all know, maintaining a consistent and engaging presence on social media is extremely important in today’s market.