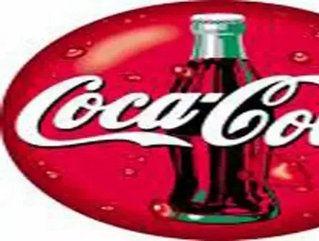 What started as a cheery marketing idea quickly turned into an online cat fight for Coca-Cola Australia, the Sydney Morning Herald reported today.

To involve Facebook users in a “little social experiment,” the company’s Australian page invited Coca-Cola product fans to “Add a word to the person above you to create a happy story” – the kind of activity that even second graders struggle to take seriously in class.

As one may have anticipated, the experiment backfired: within days of the campaign’s launch on Monday, 781 responses were posted, but not all of them “opened happiness” as Coca-Cola would have hoped: rather, a number of obscenities and insults – some directed at other posters – erupted on the page.

"Around 70 responses were removed as they were not in keeping with our 'house rules',” Coca-Cola told the SMH. These ‘house rules’ prohibit the publishing of comments that are deemed inappropriate or offensive.

Around the world, Coca-Cola has embarrassed itself plenty through other seemingly harmless marketing ploys:

1985: In perhaps the company’s biggest blunder to date (some would say their biggest mistake of the century), Coca-Cola introduced the “New Coke” – with a new taste formula – on 23 April 1985. Fans of the 99-year-old formula, “[likening] the change in Coke to trampling the American flag,” revolted, pouring the “new” formula down rain gutters and calling HQ to protest. It took Coca-Cola three months to reintroduce the old “classic.”

2004: In China, ‘Coca-Cola’ was first read as ‘Ke-kou-ke-la,’ which means “Bite the wax tadpole” or “female horse stuffed with wax” – an unappealing image in either dialect. After researching 40,000 characters, the phonetic equivalent ‘ko-kou-ko-le’ meaning “happiness in the mouth” was selected.

2011: Apparently the heartfelt message of "We're turning our cans white because turning our backs wasn't an option” from Coca-Cola North America president Katie Bayne just didn’t do it for diehard Coke fans. Just last year, Coca-Cola had to pull their limited edition white holiday cans – designed to raise awareness and WWF funding for the polar bears – from the shelves across the US and Canada when customers flipped out over the can colour change.