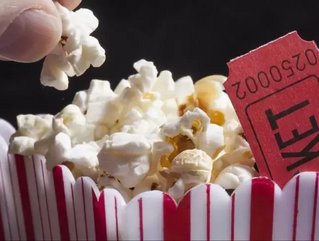 China’s box office is expected to have increased substantially when 2017’s final figures are added up, to as much as an 11.6% increase from last year, according to the state media authority.

This year’s growth has been largely due to the successful Chinese patriotic action movie, Wolf Warrior 2 – it has made $845.59mn and is now China’s highest-grossing film. The film features a Chinese hero fighting western mercenaries in Africa.

This illustrates the Communist Party’s support for Hollywood-style blockbusters that show the power of a great, rejuvenated China described by Xi Jinping at this year’s Communist Party Congress.

The film was privately financed but it has been supported by the state and was submitted for a 2018 Oscar.

Other films to have boosted the box office include The Fate of the Furious and Never Say Die.

A newly-introduced ticketing fee of 7%, which was introduced this year, has been included in 2017’s figures.

According to Zhang Hongsen, vice minister of the State Administration of Press, Publication, Radio, Film and Television: “The rapid development of the film industry has been a big bright sport for China’s culture industry.”