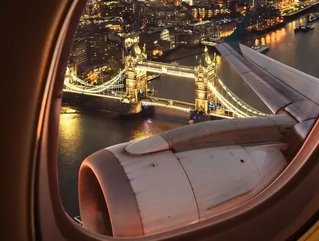 Following a five-year hiatus, China Airlines is to return to the UK offering a direct flight to Taiwan.

The airline is launching the first ever non-stop flight between London Gatwick and Taipei’s Taoyuan International. Flights will take place four times per week, beginning on the 1se December 2017.

Departing from the south terminal, the flight will take around 13 hours on China Airlines’ Airbus A350-900. The flight will hold up to 306 passengers between Premium Business, Premium Economy and Economy classes.

Alibaba investigates use of AI in healthcare

At present, this is the only non-stop flight between the two countries.

Roger Han, the Europe Senior Vice President of China Airlines has stated of the launch: “We’re incredibly excited to be returning to the UK this year, making travel between the UK and Taiwan that much more simple and accessible. By offering the only non-stop service… we hope to welcome travellers who may not have considered Taiwan as their first outbound destination previously.”

It is hoped that passengers will also be more likely to use China Airlines for future flights.

The Airbus A350 has proven popular among long-haul travellers partly due to tall ceilings as well as reduced cabin pressure and LED lights which are effective in combatting jetlag.