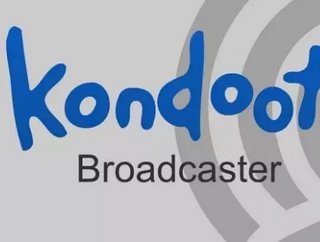 Kondoot is the creation of two University of Queensland graduates that offers social, broadcast and one-to-one contact features. Co-founders Mark Cracknell and Nathan Hoad noticed a gap in the current social media scene while studying information technology two years ago.

The result is a single platform social media site. As an added bonus, it will also offer users the ability for large-scale live video broadcasting, according to a BigPond news report.

Investor appetites for risk-taking will soon be tested by seeking cash from those wanting to join in the sharemarket listing. More than 80 million shares are being offered in a bid to raise $10 million.

Executive director Cracknell and Hoad say the broadcasting system is unique to Kondoot because of its large-scale audience offering. Video calls are built into the browser, and subscribers can send broadcasts across the globe.

“Rather than just doing a one-to-one call you can sit back and broadcast to 100,000,” Cracknell said.

Kondoot has the potential to surpass the popularity stakes of Facebook and YouTube, Cracknell said. He also sees growth opportunities in education, business and government.

“One thing we've said right from the beginning is we'll take Kondoot where its users want to take it,' Cracknell said. “If we see people moving into education we can cater to that, we've been approached by businesses. We don't want to specialise in one particular area.”

It is free to sign up for Kondoot, and people may use the video broadcast aspect for free. However, seminar speakers can actually sell tickets, which will cost users money to see the event. Kondoot will keep a portion of the profit, which helps support the free activity.

Kondoot’s global network extends to more than 135 countries, but the individual subscriber number is not released.