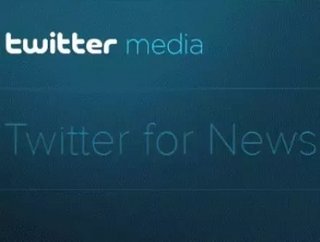 Twitter for Newsrooms, or #TfN, has just launched as a new tool for journalists to better utilize Twitter from the beginning to end of their research process. Citing famous reporters such as Katie Couric and Ann Curry as success stories, #TfN reveals the secrets to using Twitter in the media. Whether it be finding the right source, reaching your target audience, or sharing your Tweets on your own site, Twitter is simplifying the learning process and increasing user activity with this release.

Throughout the years with the addition of new social media sites, it has become increasingly important to utilize these sites for the most up-to-date information and trending topics. With hashtags, at mentions, and retweets, journalists of all sorts are now able to find sources, verify information, know what’s trending, and engage their followers. Twitter writes: “We know Twitter is a tool all journalists can use to find sources faster, tell stories better, and build a bigger audience for their work.” By breaking down Twitter into four categories (Report, Engage, Publish, and Extra), #TfN reveals more effective ways to use Twitter. From search tools to effective tweeting to support blogs, this “Twitter for Dummies” guide could just get your Tweets on the map.

Mostly positive reviews were circulating Twitter’s feed with #TfN’s debut Monday. While some seemed overly joyous for the release of this helpful tool, others were less ecstatic but still saw the value—anything to increase followers will raise an eyebrow or two. It is refreshing, however, to see social media sites recognizing their role in the media and becoming a serious source of valid information rather than just celebrity anecdotes. One testimonial on the site comes from Jake Tapper, a correspondent for ABC News, who recalls finding a legitimate source for a story on Anthem Blue Cross insurance stating, “There is no way I could have done that before.” Social media is increasingly bridging the gap between the public and the media allowing up-to-date news to become instantaneous.

Keep an eye on Twitter as it has also been announced the 2012 Olympic Athletes will be able to Tweet during the competitions, hopefully this inspires last minute words of encouragement rather than strikes to their confidence!