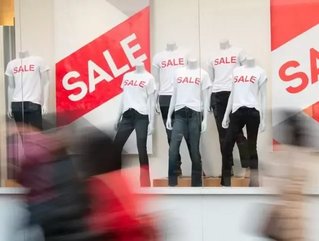 Alipay, Alibaba’s e-payment platform run by its Ant Financial arm, has announced it will launch a 24-hour Christmas shopping festival.

The event will be organised by a joint venture between CK Hutchison Holdings and Alipay, and it’s hoped that Alipay will benefit from expansion into key markets. The two companies partnered up in a 50-50 joint venture in September to extend the potential for Alipay’s services in Hong Kong.

The festival will take place in December 12th and be dubbed Double 12. It will operate across Hong Kong, India, Thailand and the Philippines.

Double 12 will build on the success of Singles Day, run by Alibaba a month previously. Singles day made This is a month after Singles Day which made the Alibaba Group a profit of $25.3bn last month.

Alipay’s partners for the project include Hutchison in Hong Kong, Paytm in India, Truemoney in Thailand and GCash in the Philippines.

The joint venture has also partnered with over 8,000 brick-and-mortar stores to make the sale a more offline experience than Singles Day was. There will also be a 1-dollar flash sale on groceries at Po Tat Market in Hong Kong.

Exclusive gifts, discounts and offers will be available throughout the month

According to Douglas Feagin, Senior Vice President and Head of International Operations at Ant Financial: “This concept is about developing Alipay globally, while also developing localised service offerings.”