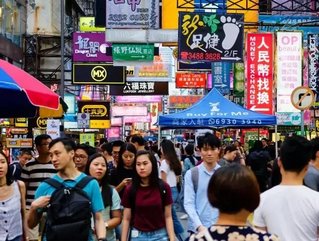 The Beijing-based consumer electronics company, Xiaomi, has confirmed it has increased its investment in India after announcing a $13.4mn round for ZestMoney.

The move comes after the firm previously revealed it would invest $1bn in India and Indian startups over the next five years after Xiaomi agreed its first deal with lending platform, KrazyBee.

ZestMoney was first created by Lizzie Chapman, who after first moving to India in 2011 to take control of Wonga, co-found ZestMoney four years later along with Ashish Anantharaman and Priya Sharma.

Established in 2015, the company aims to prioritise a friendlier customer experience than other payday loan companies.

Due to other payday loan firms receiving criticism for a business model that profits most when customers pay late or skip payments entirely, ZestMoney believe in operating with the consumer in mind and monetize when customers pay back their loans as well as offering much friendlier terms.

The news comes after Xiaomi announced plans to sell more premium smartphones in China due to an increasing demand.

Speaking to CNBC, Xiaomi's Chief Financial Officer, Chew Shou Zi, believes the plan, which was made a year ago, has been a good move.

Mr Chew said: “We believe that for this year, our strategic focus is to strengthen our position in the mid and high-tier market.”