Xiaomi and Huawei look to challenge Apple and Samsung in Australasia 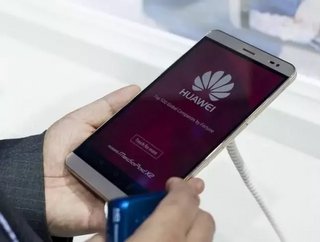 Tech giants Apple and Samsung haven’t lost their lead on the competition in Australia, but the battle for third place is becoming very interesting.

Although Apple’s iPhone and Samsung’s Galaxy are still the most popular mobile phones in Australia, large drops in sales for rivals Sony, HTC and LG reveal even cheaper alternatives are beginning to take over a share of the market.

Second-quarter results from Kantar Worldpanel ComTech show 34.6 per cent of cell phones purchased in Australia were iPhones, which is an increase of 25.5 per cent from one year earlier. Meanwhile, Android phones comprised of 57.6 per cent of Aussie sales in the second quarter— a drop of 10.6 per cent largely due to Apple’s 9.1 per cent increase.

However, a slide in sales for competitors have led to the realisation that other less expensive brands have been on the rise in an attempt to compete with Apple and Samsung.

In China, Apple ranks third behind Chinese companies Xiaomi and Huawei despite its increased sales.

China is the world’s largest smartphone market, and competition between brands has become more intriguing than ever. With Chinese consumers purchasing more phones from their domestic vendors, many are settling for cheaper options that have similar attributes.

When Xiaomi’s Mi Note hit the Chinese market in January, it began at a relatively low price of $487, while Apple’s iPhone 6 Plus began at about $1,286.

Meanwhile, Xiaomi’s Chinese rival Huawei actually increased the price of its devices, which helped it nearly double the company’s handset revenue to $7.23 billion in the first half of 2015. In an attempt to make itself the top provider of premium smartphones in China, Huawei’s profits have risen 87 per cent on the year.

And while Huawei’s average selling price has gone up, so has its demand. With shipments during the six-month period increasing to 39 per cent from the previous year, the data proves the company’s product strategy is indeed working.

Samsung smartphones make up 40.2 per cent of the Australian market, as 69.5 per cent of Android phones purchased are made by Samsung, which is an increase of 61 per cent from June 2014.

Last month, Samsung’s second-quarter earnings were much lower than expected for its new Galaxy S6 and Galaxy S6 Edge, mostly due to the ever-changing smartphone market. Although the phones received strong, favorable reviews, revenue dropped 8.4 per cent from the same period in 2014.

While Apple and Samsung both are running strong in Australia, the popularity of more economical brands is on the rise.