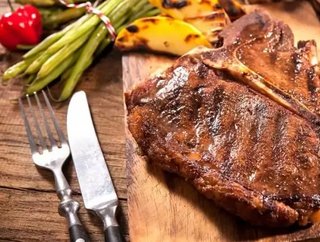 In an attempt to stay on pace with rival supermarket Coles, Woolworths recently announced plans to build a new meat processing facility in Laverton and move its distribution centre from Broadmeadows to  southeastern Melbourne.

Woolworths will invest over $650 million in new stores and infrastructure, while adding over 2000 new employees to its workforce in the next three years. The two projects combined are expected to provide more than 500 full-time jobs in addition to several more construction jobs during development.

RELATED TOPIC: What the Start of JAEPA Means for the Red Meat Industry

This expansion comes at a great time for the retail-market giant, as cattle prices recently set a record high. Due to increasing international demand for Australian beef because of drought in both the United States and Australia, optimism is rising throughout the same beef industry that withstood several years of low prices despite rising production costs.

With such great demand in the US, China and other Asian markets, cattle prices in eastern Australia shot up over $5 per kilogram for the first time ever. In addition, a severe drought in northern Australia has dramatically reduced herd sizes and decreased the amount of cattle available to the public.

The industry is thriving. Last year, Australia exported 74 per cent of the beef it produced in a time when there was a very high global demand, especially in the US. According to Ben Thomas of Meat and Livestock Australia, beef production in America is currently at a 20-year low, while US residents pay nearly double the price in Australia.

However, that hasn’t prevented the local Aussie retail price of beef from rising. With the price of beef increasing 10 per cent during a three-month stretch earlier this year, Australian beef consumption fell to less than 30 kg for the first time ever according to Meat and Livestock Australia.

Woolworths and Coles, which combine to sell about 57 per cent of the beef consumed in Australia, have warned industry leaders that high prices could drive customers more toward poultry and other meats. During a three-month stretch earlier this year, chicken sales in Australia increased by 20 per cent.

But one thing is certain: Australian meat is important to businesses, as it’s one of the few foods that keep consumers coming through the door. So if local consumers aren’t prepared to pay more for beef, people in the US, Japan and South Korea will.