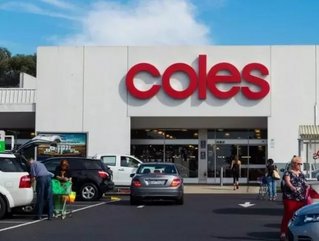 Australian supermarket chain giants Woolworths and Coles have challenges ahead of them, as new competition could cause significant change in the industry.

International discount stores Aldi, Lidl and Costco each offer consumers similar products for significantly lower prices. After Coles and Woolworths dominated the grocery market each of the past two decades due to the lack of any real competition, they are now in danger of staying ahead with its world-leading profit margins and dominant market share.

With little competition and an ability to lean on suppliers in an effort to keep costs down, Woolworths’ and Coles’ profit margins increased over the last 15 years from three to eight per cent. Now, experts believe grocery prices will drop across the board once Australians are offered more options.

Woolworths is trying to minimize the damage done after its sales figures were recently slashed, while Coles is almost finished with the completion of its investment turnaround initiative that it started five years ago, which has resulted in better sales results.

The way Woolworths and Coles handle its new competition in Australia should be a good indicator of how the businesses will thrive over the next decade. It’s probably even more important to Woolworths, as supermarket revenue makes up the majority of its earnings, compared to only 40 per cent of earnings for Coles’ owner Wesfarmers.

The two companies could look to United Kingdom supermarket chain Tesco in an effort to find out what to expect in the future. When low-cost competitors entered its market, Tesco’s share price dropped by 50 per cent within five years.

RELATED TOPIC: Costco Given the Go-Ahead to Open a Store in Queensland

With plans to gain a presence on the east coast, Aldi is looking to expand through South Australia and Western Australia. Lidl, another German supermarket chain, also experienced some international success and is planning to open its first Australian store later this year in Melbourne. Costco, an American discount giant, has a subscription model that has been very successful over the years. In fact, the majority of its earnings come from its $65 annual membership fee.

If the UK example is a valid expectation, Coles and Woolworths may struggle with lower margins and a reduced market share. The only difference is these two major Australian companies have an advantage of being able to learn from the experiences of other supermarket giants, and therefore can adapt to the changing industry dynamics.