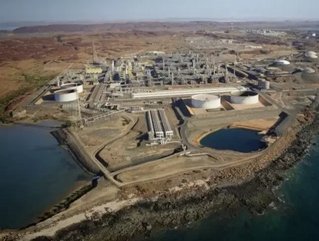 It's been a good year for Woodside Petroleum. The company shared news of their record-breaking first half profits, sending shares to a three-year high.

The Pluto LNG plant at Karratha was partially responsible for the increase in net profits - the plant began delivering near full capacity. Net profits rose by 27 percent to $1.18 billion, which was on par with industry expectations.

Free cash flow statistics have Woodside Petroleum up 158 percent over the previous year, to $US1.825 billion. The company made also made a huge effort to lower their net debt, dropping it from $US2.25 billion a year ago to $US623 million. Shares increased by 33 cents on the news, to $43.38.

The company's robust balance sheet - one of the healthiest in the business - has investors applauding the strong operational performance, led by Woodside chief Peter Coleman.

“The result shows they now have more capacity for a buyback because they had less debt than some brokers expected and cashflow was above what a few people were expecting,” Plato Investment Management managing director Don Hamson said. “They have a lot of cash and not much to do with it, so I still think a buyback is a good idea.”

Voters vetoed a share buyback Coleman had originally hinted at. The cash was earmarked for a buyback of most of Shell's 13.5 percent stake in Woodside. Hamson was publicly against the Shell buyback, claiming that it would not be fair to all shareholders because all shareholders were not being given the same option.

Coleman is still on the lookout for acquisitions of up to $5 billion, believing that the move would provide much needed growth options. There's a possibility that this can come to fruition as oil majors sell assets and China's appetite for new purchases dwindles.

Woodside declared a record $US1.11 per share interim dividend, up 34 per cent.

Mr Coleman said he would talk to investors in coming weeks to inform the company’s decision on capital management.

“We have a view that M&A opportunities are coming on to the market and they are better priced than what they were two years ago — we’re going to look long and hard at those opportunities,” said Coleman. “This in my view brings a more rational market,” he said. “Their need seems to have been satisfied for the most part and in China and elsewhere they’ve been asked to account for the value of some of their own ­acquisitions.”

Mr Coleman said the company would continue to look at acquisitions worth up to $US5 billion in the wake of a decision this year to walk away from a deal to enter the Leviathan gas project in Israel.