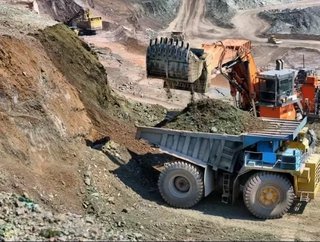 The Roy Hill iron ore mine in the Pilbara region is set to ship its initial freight.

Owner Gina Rinehart, the nation’s richest person, has based her project on a vertically integrated pit-to-port business strategy utilising a mine, rail and port system. The railway features a wide array of state-of-the-art technology, including a communication-based automatic train protection system to improve safety.

The $10 billion operation in Western Australia has received $7.8 billion in funding from commercial lenders and export credit agencies, but has drawn skepticism due to a slump in prices as well as its timing.

After being unable to meet its initial goal of Sept. 30 goal for its first shipment, there was rampant speculation was struggling with major construction and logistical issues. However, millions of tonnes of ore accumulated prior to its official start date gave the operation an essential source of revenue during the delay.

But the news isn’t all good in the Aussie mining industry. A report from Mining Global indicates the sector may lose nearly 20,000 jobs by the end of 2018, with mining investments set to drop by 58 per cent over the next three years.

A prospering Roy Hill mine may be exactly what the Australian economy needs. Mining investments in Australia have fallen 11 per cent since 2014, and approximately 40,000 jobs have been cut over that span.

RELATED TOPIC: Inside the Making of Roy Hill

“We haven’t hit bottom yet on commodity prices or investment, which will continue to be a key drag on Australian economic growth from here,” said Adrian Hart, senior manager at BIS Shrapnel. “While mining production will rise strongly, led by new liquefied natural gas (LNG) exports, this growth will be far less employment intensive than the investment phase, albeit offering contractor opportunities for maintenance and facilities management.

“The persistent drag from falling mining investment has important ramifications for the economy. Quite simply, Australia badly needs new investment drivers beyond mining to provide sustainable growth in jobs and incomes.”