Why Qantas increased its flights to Hong Kong and Manila 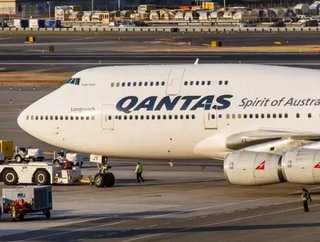 As a result of increasing demand from travelers, Qantas Airlines will add more flights from Australia to both Hong Kong and Manila on its redone A330 aircraft starting next month.

On top of the current daily flights to Hong Kong from Sydney, Melbourne and Brisbane, Qantas will add another four flights from Sydney to Hong Kong each week. There could also potentially become daily if the demand is strong enough.

The decision comes after Hong Kong regulators rejected attempts to launch Jetstar Hong Kong back in June, which would have provided more connecting options for Qantas passengers beyond Hong Kong.

“Customers traveling from Sydney will have the choice of double daily flights to Hong Kong on peak days of the week for business travel and we'll look at expanding beyond that if the opportunity is available," said Qantas International chief executive Gareth Evans.

Chinese tourism in Australia has gone up as the Aussie dollar has gone down, as it has seen a 22 per cent increase compared to last year. Overall, 2015 has been the best tourism year for Australia since hosting the Olympics back in 2000.

International tourists have spent $91 million in Australia this year alone, with Chinese visitors spending $19 million of it.

The four new Sydney-Hong Kong services will feature lie-flat seats in both the business and economy seats, which will be the first time customers travelling on this route will experience the airline’s latest international product.

The new services have been made possible by Qantas’ continued focus on more efficient use of aircraft across its fleet  and follows an additional 140 international services recently announced to operate to Singapore, Jakarta and New Zealand over the upcoming summer holiday season.

Qantas is challenging the reign of Hong Kong’s largest airline Cathay Pacific, which is a bit peculiar since either has large enough planes to keep up with the growing demand in Sydney

Aside from the extra flights and capacity to Hong Kong, Qantas will also ramp up its service from Sydney to Manila from four times a week to five a week between early December and late March, in an attempt to offer more capacity during the peak holiday season.

“We’re pleased to add to the seasonal services we’re set to operate to Asia later this year, with the fifth weekly Manila flight again representing the dynamic nature of our network, which has the flexibility to offer our customers more flights during peak seasons,” said Evans.

On the Manila route the big challenge to Qantas and Philippine Airlines has been the arrival of Cebu Pacific since last September. Cebu Pacific uses an all economy 436 seat format so tight in its A330-300s that average sized adults cannot fit into them but the headline fares have been as low as $49 one way with all sorts of asterisks attached, which is comparable to an outer suburban Uber or an inner city taxi fare to Sydney airport.