Why OZ Minerals has become frontrunner for Glencore's CSA copper mine 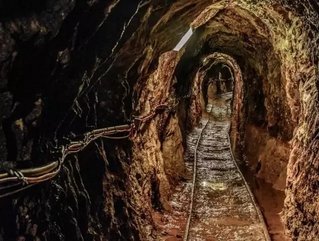 With Glencore’s CSA copper mine attracting a large group of potential buyers, OZ Minerals is among those expressing an interest in purchasing the billion dollar operation.

Glencore is in the process of reducing its $18 billion inventory assets in order to help dig itself out of US$30 million of debt.

While rivals PanAust, Sandfire Resources and China Moly are also in the running, Adelaide-based OZ Minerals is a logical candidate behind its focus on copper. CSA is the largest copper mine in Australia’s Cobar region, as it produces over 50,000 tonnes of copper concentrate per annum.

At the moment, copper is a more popular resource than coal as it is considered to be more durable.

OZ Minerals has been searching for copper assets to purchase for the past several months. Previously, OZ affirmed its intentions of producing between 110,000-120,000 tonnes of copper in 2015, but later upgraded that guidance to between 126,000 and 131,000 tonnes.

Meanwhile, the news comes as a tough pill to swallow for Cobar, as CSA is the region’s top employers with over 300 workers.

“I’m very concerned because CSA are the biggest employers in Cobar,” said Cobar mayor Lilliane Brady. “They’ve been wonderful to the town and I am upset, but I would like to see more details.

“But we’ve been there before and Cobar will always survive.”

Glencore is also looking to sell its Lomas Bayas copper mine in Chile, which is deemed as even more valuable than CSA.