Why it Costs More to Live in the ‘Land Down Under’ 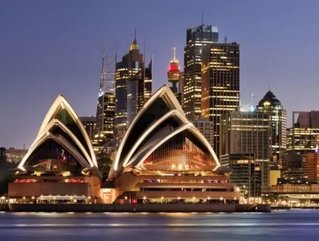 The falling price of iron ore continues to make headlines, but it hasn’t stopped Australia from being among the most expensive countries in the world to live. According to the Deutsche Bank Mapping the World’s Prices report, Australia ranked as the world’s most costly place to live for the fourth-consecutive year—despite the Aussie dollar currently trading at USD $77.16.

Even with iron ore dropping to a 10-year low of USD $46.70 earlier this month, the country’s weather, outdoor lifestyle, food and culture still make it one of the world’s most desirable locations. The purchasing power parity (PPP) index has one U.S. dollar having the same purchasing power as $1.12 Australian dollars, while New Zealand is right behind in second place at $1.11.

Sydney (USD $2.92) and Melbourne (USD $2.89) are the two most expensive cities in the world to ride public transportation as well as the two most pricy cities to buy a pack of Marlboro cigarettes, with Melbourne (USD $18.45) edging Sydney (USD $16.92). Meanwhile, Sydney also rivaled Paris and London as the most expensive places in the world for a weekend getaway due to expensive hotel room prices— 5-star hotel rooms in Sydney average 232 percent higher than hotel rooms in New York.

Australians also pay more for two litres of Coca-Cola, a pair of Levis jeans, a pair of Adidas running shoes and an iPhone than Americans. The only thing cheaper in Sydney and Melbourne compared to most cities is a gym membership, which is about half the price of what it would cost in New York.

Experts believe Australia is so expensive today because it has gone so long without having an economic slowdown, and as a result, prices have drifted higher over time. Consumers have simply become used to high prices, especially in grocery stores, which are about 24.85 percent higher than the US. The price of cheese is more than any other city in the world by far, while even food produced in Australia—such as apples, tomatoes and mince—is more expensive than anywhere else.

Many would argue the country’s high wages play a role in the consumer’s willingness to pay high prices for groceries, but it also has to do with what is socially acceptable and the way Aussies value certain foods. The impact of having only two main supermarkets—Woolworths and Coles—also lifts prices by about 3 to 3.5 percent based on the difference between Woolworths’ profit and the world average.

The style of living Aussies have developed in recent years won’t change overnight, no matter how dire the situation on the mining front may appear.