Why the cryptocurrency Bitcoin is fading away in Australia 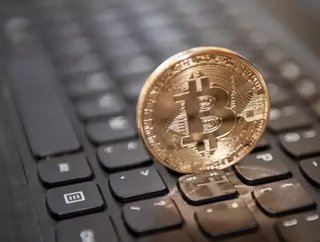 As signs increase that there are potential crime and environmental threats associated with the cryptocurrency Bitcoin, the currency’s mainstream appeal is fading away as several Australian banks and businesses have stopped accepting it.

Last month, multiple Australian banks closed the accounts of 13 of the nation’s 17 bitcoin exchanges, each of which has since shut down operations. The other four have had their accounts frozen with the ultimatum of closing, relocating overseas or dividing up their business into several smaller bank accounts to avoid being detected.

The latest news is a tough pill to swallow for bitcoin supporters who hope to see it have a prominent role in daily business transactions in developed countries. With Australia believed to have seven per cent of the company’s $3.5 billion global value, it is perceived to be one of Bitcoin’s top markets.

RELATED TOPIC: Bitcoins Part One: What is cryptocurrency?

Even though several main banks have already refused to maintain Bitcoin accounts in the U.S. and Europe, Australia will be the first coordinated termination of bitcoin exchanges by a nation’s banking system. This will make it much harder to exchange regular currency in to bitcoin, and vice versa, which negatively affects its long-term value.

While banks don’t have a legal obligation to close bitcoin accounts, as Germany’s Fidor Bank AG and tech-based U.S. lender Silicon Valley Bank both still support the currency, some analysts believe uncertainty is Bitcoin’s biggest downfall. So far, at least six Aussie retailers have said they are considering ridding itself of the currency.

Furthermore, insiders have noticed a threat of increasing environmental damage from the electricity used in the design of the Bitcoin system. Bitcoin “mining” essentially adds to the demand for coal-fired power, and since Bitcoin computers run continuously, it creates a demand that matches the supply characteristics of coal.

Basically, the creation of new bitcoin requires the performance of a complex calculation that has no value other than verifying that it has been done. Although this calculation is very difficult to perform, it is quite easy to confirm once finished.

The amount of electricity it would take to generate four bitcoins worth just under $1000 is about the same amount the average U.S. household uses each year. Transferring even a small amount of a normal household’s financial transactions to Bitcoin would take a large increase of electricity use.

While it’s unlikely Bitcoin will be around long enough to create the environmental disaster many envision if it becomes a major part of the financial system, its design feature that requires the use of large amounts of electricity will eventually doom Bitcoin’s attempt of becoming a mainstream form of currency.