Why is Australia the fastest growing AAA-rated commodity exporter? 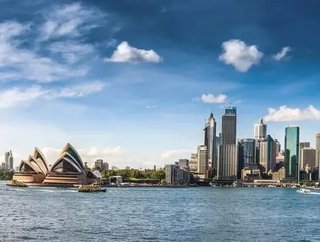 Credit ratings agency Moody’s has said that Australia is the fastest growing AAA-rated commodity exporter this year — despite growing government debt.  But precisely what accounts for the sunny outlook? And can it be sustained in the long term?

Three letters: GDP
Moody’s forecasts faster GDP growth in Australia than in some of its fellow AAA-rated commodity-exporting peers, including New Zealand, Norway and Canada. Even with government debt set to rise to 41 percent of GDP by 2017, Australia will still be less burdened than Canada and a handful of other AAA-rated sovereigns .

What mining boom?
Commodity prices may be on the rise, but they likely won’t reach the heights of previous years. However, a weaker Australian dollar has resulted in a more robust service sector and record-low interest rates have led to an increased market share for education services and tourism.

The power of the lower dollar
The weakened Aussie dollar has also made the country’s non-commodity exports more affordable for consumers. As a result, the country has reaped the benefits of an increased share of global demand and higher export volumes.

How long can this last?
House prices in Australia have been on the rise in recent years, and the country’s ongoing dependence on foreign investment has left it vulnerable to any negative shocks offshore.  "Still, the robustness of Australian institutions shores up investor confidence and mitigates the risk of any abrupt tightening in financing conditions," Moody's said. Let the boom roll on...