What is Worth More than Australia's Food & Retail Sectors? Its Digital Economy 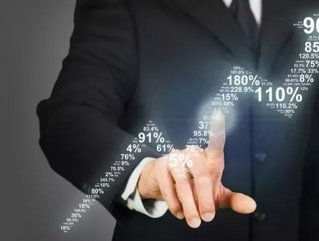 In 2011, Google Australia and New Zealand commissioned Deloitte Access Economics to report on the local digital economy* in Australia. Its findings detailed that it was a $50 billion “industry” at the time, projected to be worth $70 billion by 2016. But because of a rapid increase in mobile access to the Internet—including the widespread adoption of cloud computing, smartphones, tablets and social networks—and the use of data analytics and machine-to-machine technologies, this projection has been smashed.

This year’s report, the second of its kind, reported Australia’s digital economy will contribute $79 billion, or 5.1 percent, of the gross domestic product (GDP) this year alone. Furthermore, it will reach $139 billion—an incredible 7.3 percent of the GDP—by 2020.

It was important for Google to have this report done to help remove roadblocks to growth, especially those put in place by government entities.

"When you look at the various industry sectors or different parts of the economy, I can't think of any other part that has grown by anything like this since 2011," Maile Carnegie, managing director, said.

"It is hard to estimate exactly the future growth, but whether it is $130 million or $150 million by 2020, is almost not the point. It is absolutely the thoroughbred that, as a country we should be jumping on and riding as hard as we can."

Over-regulation is a hurdle for tech-related fields, but the ongoing skills shortage may be worse. About 4 percent of Australia’s employed population works in information and communication technology, but the market is quickly outpacing its employees.

"I literally can't have a meeting with a CEO or a board these days without the skills shortage issue coming up. The money some companies are pouring into recruitment to try and find people with tech and analytics skills is just egregious," she said.

*Deloitte Access Economics partner and report co-author, Ric Simes said it was difficult to put a permanent definition on what counted as the digital economy, but that the report was analysing the role of communications and computing power in business and the broader economy. It has followed the same methodology as the OECD in tracking the value added by internet activities, net GDP growth generated by internet related activities and assessing consumer and welfare gains generated.