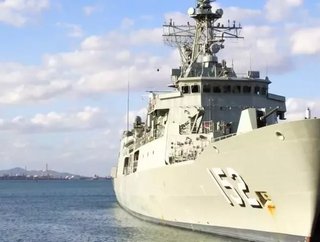 The only hurdle holding up the process is the approval of the Australian government, according to Japan Ambassador Sumio Kusaka.

If the deal goes through — which is believed to be worth at least $16 billion — Japan will join France and Germany as foreign countries willing to handle construction projects in Australia. According to Australian Industry Minister Christopher Pyne, the Aussie economy will receive a major boost if Japan, Germany and France all agree to use its local shipyards, which will most likely be in South Australia.

It is believed the Australian government has told potential suitors the submarines must be built locally to protect the nation’s economy. Without having a submarine contract in Australia, hundreds of Aussie shipbuilders could be out of a job.

Japan has recently unveiled details for a proposed SEA1000 Future Submarine program to replace the Royal Australian Navy’s existing Collins-class boats. Officials from both the Japanese Ministry of Defense and the Mitsubishi Heavy Industries-Kawasaki Shipbuilding Corporation consortium confirmed that if Japan is in fact selected to build SEA1000, the submarines will be built in Australia with Japanese technology transfer.

In this plan, Japan has proposed there be a training centre set up in Adelaide to train around 300 engineers involved in the program. The training is believed to occur over a stretch of three years, part of which will take place the Japanese city of Kobe.

However, the Japanese have also suggested another option of building some of the Australian submarines in Japan, then completing the job back in Australia. Japan believes this will allow Australia to receive the first delivery of submarines quicker, and save money in the process by removing the need to build a mock-training vessel.

With a very unique set of requirements for its submarines, these Aussie vessels are expected to operate and function in a wide-range of environments from the tropical climates of the Coral, Arafura and Timor Seas to the cold Southern Ocean. In addition, they must be able to travel long distances from the home base in southwest Australia to designated patrol areas as far as the Northern Pacific and South China Sea.

The design being offered by the Japanese is a modified Soryu-class diesel-electric submarine, and will run on lithium-ion batteries rather than air independent propulsion (AIP). However, AIP could be offered if Australia has such a requirement.

The modified Soryus for Australia will also include a new, Australian-developed hydrodynamic design, while the preferred combat system and a new heavyweight torpedo — which will be the submarine’s primary weaponry — are being simultaneously developed by both Australia and the U.S.

While the Japanese spoke highly of the Australian shipyard, they adding that ASC will need to upgrade given the fact it will be building the largest conventional submarine in the world.