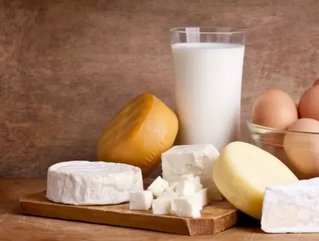 Australia’s dairy farmers have a lot to gain when Australia signs a Free Trade Agreement with China. Experts believe the agreement will be reached as soon as November, around the time the G20 will meet in Brisbane. Prime Minister Tony Abbott will meet with Chinese President Xi Xinping twice in November, at the Asia-Pacific Economic Co-operation forum in Beijing and in Australia.

New Zealand’s dairy industry increased their revenue by $3.7 billion to the end of last year. This dramatic upswing followed its own free-trade agreement that improved dairy access globally. In the same timeframe, Australian dairy farmers saw just a $173 million increase.

Trade Minister Andrew Robb has shared that dairy could be Australia’s strongest growth market in China, even though it is more dominant in New Zealand’s economy, and Australia’s export profile is more diverse.

“If the government is serious about agriculture being a pillar of the economy, and if in fact agriculture is a core reason why governments complete trade agreements, then the results will be in the China pudding,’’ said National Farmers Federation president Brent Finlay.

Robb also shared that “solid progress” had been made at formal negotiations that started at the beginning of September, but there is still plenty of work to do. China, always a tough negotiator, wants improved investment access, tariff reductions on household items and gains on people movements to Australia.

Negotiations have been going on for nearly ten years at this point, and Robb acknowledges that the business end of trade negotiations is the toughest part of the process. However, both he and Joe Hockey have expressed confidence in the current path of the talks. Next up on the agenda are more talks geared toward allowing direct trading of the Chinese Yuan in the Australian foreign-exchange hub.