What the arrival of DBS means for the Australian banking industry 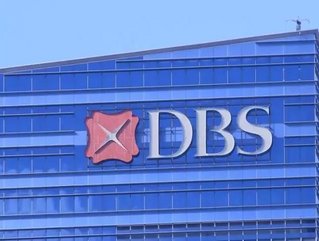 Singapore-based DBS Bank, the largest bank in Southeast Asia, has now officially launched its operations in Sydney after receiving approval from the Australian Prudential Regulatory Authority earlier this year.

“This new DBS branch is a welcome addition to Sydney’s banking industry. It is further proof that New South Wales is the number one State in which to do business in Australia,” said NSW Treasurer Gladys Berejiklian. “Singapore is a priority market for New South Wales and we are always looking for opportunities to encourage the growth of trade and investment links.

“The presence of this leading financial institution in our global city will be of great assistance to many businesses both here and in Asia.”

DBS aims to support Asian and international companies attempting to expand into Australia by helping them with corporate finance, trade finance, cash management and treasury solutions.

While Singaporean rivals OCBC and United Overseas Bank have had Australian branches for years, DBS eventually decided to make its move. But even though DBS is just now developing a physical presence in Australia, it has assisted with project financing to several high-profile infrastructure deals in the past such as the $1.75 billion Port of Newcastle acquisition made last year by Hastings Funds Management and China Merchants Group.

DBS recently said it will attempt to gain a larger share of the institutional loan market, which includes lending to companies with a market value of at least $500 million. The bank’s goal is to enlarge the size of Australia’s loan book to $5 billion within the next couple years.

The theory behind DBS’s thinking is the Australian market has a high potential for growth, especially as it becomes more aligned with Asia behind increased inward investment and larger exports of services.

With the anticipation that tourism, education and health care will boost the Australian economy, a tighter bond with Asia is unavoidable. Despite the nation’s resource industries struggling due to the low prices of commodities, DBS expects to see growth in Australia’s service sectors.

DBS has 17 other markets around the world, but Singapore is Australia’s biggest partner for trade and investment in southeast Asia mostly due to the Singapore-Australia Free Trade Agreement signed in 2003. DBS has joined other Asian banks in Australia such as Bank of China and State Bank of India.

In all, eight of Australia’s top 12 trading partners are in the Asia Pacific, revealing why it has increased its economic participation with Asian countries in close proximity.

But rather than having an approach of taking business from other banks, including the big four of ANZ Bank, Commonwealth Bank, National Australia Bank (NAB) and Westpac, DBS is targeting new business spurred from the region’s financial growth. DBS currently has a market capitalisation of about half of Westpac, and its license presently does not allow it to deal with retail customers.