Wesfarmers vs. Woolworths: which has the upper hand? 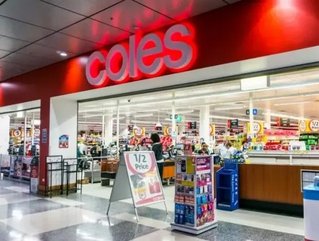 Retail giant Wesfarmers announced Michael Chaney will be the company’s new chairman, but that doesn’t mean it should expect different results. The managing director of WES from 1992 to 2005, Chaney played a big role in building Wesfarmers into the largest conglomerate on the market and has the support of the company to lead into its next phase.

But its current phase is already doing quite well. Westfarmers earned #13.1 billion in sales from its retail outlets during the first three months of 2015. However, many analysts believe Chaney’s return as chairman to work alongside Richard Goyder is a positive move that will boster its leadership and create problems for its retail rival Woolworths.

Coles, a Wesfarmers company, has already outperformed Woolworths as its most recent quarterly food and liquor sales are up 5.4 per cent, while Woolworths increased only 0.7 per cent. During Chaney’s first stint as managing director at WES, he played a role in the company’s share price rising more than 800 per cent.

This is all creating a large challenge for Woolworths, which plans to invest over $500 million into reducing prices and improving services. CEO Grant O’Brien and other executives recently acknowledged that the supermarket has strayed away from customer experience and has put more of its focus into profits. Admitting this is a big step in Woolworths’ attempt to get back to reliable sales performance.

RELATED TOPIC: What is Worth More than Australia's Food & Retail Sectors? Its Digital Economy

With the share price of Woolworths down 23 per cent over the past year, the company has implemented a “Lean Retail” operating model to drive the group’s three-year plan for growth. This is expected to lead to savings of more than $500 million over the next two years, as these cost savings will also make sure the company continues with its plan on improving customer experience.

Woolworths underestimated its top competitor, Coles, for quite some time, and took its dominance for granted. But if the decision makers at the nation’s largest retailer can install this strategy, Woolworths can return to the growth path investors have come to expect.