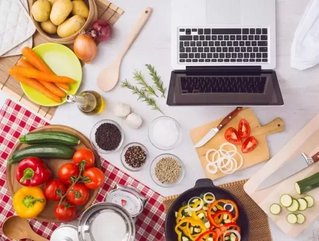 US retail giant Walmart is teaming up with Japanese e-commerce company Rakuten, a rival of Amazon.

This will allow customers in Japan to place orders through Rakuten which will then be fulfilled by a new online grocery delivery service provided by the joint venture.

The operation will launch in Q3 2018, replacing Walmart’s currently online service in Japan. The joint venture will be called “Rakuten Seiyu Netspur” and consists of Rakuten coupled with Walmart’s Japan subsidiary Seiyu GK.

According to TechCrunch, this is a sign of “two of the world’s largest e-commerce retailers joining [forces] in an effort to combat Amazon, and is yet another example of how Walmart is using large-scale partnerships to aid in that battle”.

The deal will allow Walmart to use Rakuten’s e-commerce experience as well as the company’s knowledge of AI and Big Data capabilities.

It will also involve Rakuten’s subsidiary, Kobo, to sell some of its 6mn e-book and audiobook range as well as e-readers through Walmart, allowing it to compete in the US with Amazon’s offering.

Customers of the service will also be able to benefit by accumulating loyalty points with Rakuten.

Walmart is continuing to eye the e-commerce market and innovate in tech both at home and expanding into Asia.

In 2016, the US household name sold its China website to JD.com, and last year made a deal with Google to use smart speakers as part of its voice-assisted shopping offering.