Twitter's Reaction to $1.4B iiNet ISP Acquisition by TPG: Not Good 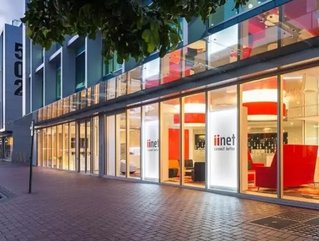 This is no small deal, as iiNet is valued at A$1.4 billion—iiNet shareholders will receive a cash consideration of A$8.60 a share. This knowledge was used to determine iiNet’s equity.

While this is breaking news today, the deal will not take full effect until mid July of this year. TPG only ranks as the fourth largest ISP in Australia, but is the country’s largest mobile virtual network operator.

The ASX announcement dates the full implementation of the transaction at mid July this year.

TPG is currently the fourth largest ISP in Australia and the largest mobile virtual network operator. iiNet is currently ranked second and the combined customer base of the two is estimated at over 1.7 million. iiNet employs over 2,500 staff from three countries, 80 percent of whom have jobs that directly relate to customer experience (of which they have about one million).

While iiNet is a service that is generally liked, the idea of this deal is not. Response on Twitter so far has not been kind.

Renai LeMay (@renailemay), advisor to Senator Scott Ludlam and Member of the Greens, tweeted “Wow. TPG is buying iiNet and we have data retention being enacted next week. Could today get any worse? No, no I don't think it could.”

Other Twitter users are pleading with iiNet to keep up high customer-services, saying that TPG doesn’t have Twitter account to address concerns. Some users are hoping the government blocks the deal. Chris Bennetts (@benetsc) tweeted “Hope that the @acccgovau blocks the iinet sale to TPG. Substantial reduction in competition and consumer welfare.”

So far, I haven’t been able to find any positive feedback to the deal. We’ll see how this progresses as we get closer to July.