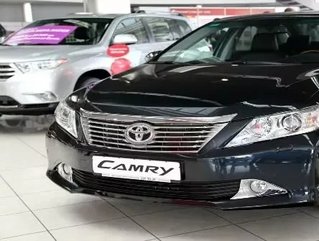 Toyota Australia wants to add a third model to its family of vehicles, but the manufacturer needs the Gillard Government’s assistance with funding, the News Limited Network reported today.

Having posted a $700 million loss over the past three years, one might call this request by Toyota crazy, but the company has, in the past, successfully secured funding from the government. The federal and Victorian governments have contributed nearly $100 million towards the production of the Camry Hybrid and the upgrade of the Altona engine factory outside Melbourne.

Now, Toyota Australia senior executive director Dave Buttner is saying the manufacturer wants to increase its output from 94,000 to approximately 150,000 per year by adding a third model to the Camry four-cylinder and Aurion V6 sedan vehicle family currently manufactured at Altona.

The driver of the funding request: to keep vehicle manufacturing in Australia.

"We want to shore up our volume to make sure we can stay (manufacturing in Australia). We've appraised the government of the plans we have in place to make our manufacturing plant continue," Mr Buttner told the Network.

"We are 100 per cent committed to local manufacturing (despite) the challenges that our business is facing. We were the second location outside Japan to build (Toyota) cars. We were the first location outside Japan to build (Toyota) engines. We've had a long relationship. We've always expressed a strong desire to continue (manufacturing in Australia).”

Related story: Is Australia too small a country to support a profitable auto manufacturing industry?

Holden and Ford Australia have also previously hit up the Federal Government for financial support, but the industry’s workforce experienced severe job cuts last year. It begs the question: is auto manufacturing an unsustainable industry in Australia that should be eliminated?

According to an interview with the University of Wollongong’s Professor of Infrastructure Economics Henry Ergas, the industry may not have a lengthy future ahead.

“All that $10 billion looks likely to achieve is an industry that is habituated to – and its critics would say addicted too – receiving continuing support of that kind.

“What we need is to assess firms' viability by exposing them fully to competitive forces. What do I think the outcome of such a market test would be? I’m quite sceptical about whether there is a long-run future for the assembly of passenger vehicles in Australia.”