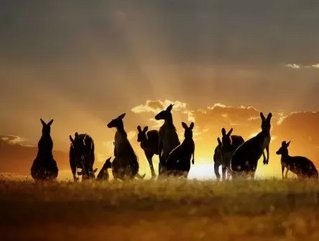 Australian tourism is riding high coming out of the 2013 holiday season. It was a record December for holiday travel, with an influx of American and British travellers bolstering international visitors 5.5 percent to 6.5 million.

The industry is hoping to see an increase in government focus in tourism, with the mining investment boom lessening and constant bad news for the auto industry, a focus on an industry with almost limitless growth is warranted.

Asia is the focus for tourism campaigns in the near future, with India and China leading the marketing race. New South Wales is targeting India with the biggest ad program of its kind, which focuses its message on reuniting Indian-Australian residents with their loved ones from abroad for “jhappi time,” Hindi for “hug time.” Four 60-second commercials will screen in cinemas in Delhi and Mumbai, and will be promoted on billboards, in print, online and by social media campaigns in India and Australia.

The region is hoping to increase the number of Indian visitors by 10 percent in the next 12 months, which will be helped by the direct flights flying between Delhi and Sydney that started in August of last year. Premier Barry O’Farrell, who attended the launch of the campaign, thinks it is “as important to NSW today as throwing another shrimp on the barbie was for Australia a number of decades ago.”

Increased tourism from China has left hotels and tour operators scrambling to adapt to the influx. Several places are hiring Mandarin speakers and changing menus to appeal to the larger crowds, and big hotels, museums and attractions are doing cultural-awareness training for staff to promote respect and interest in Chinese culture. Once Australia catches up to the crowds, the tourism sector is looking to get ahead of the increase to continue the boom.

Tourism is one of the few (maybe one of the only) industries that provides jobs and economic activity in every part of the country. As the industry looks for increased support and interest from the government, Tourism Australia is making its own moves to grow its workforce.

For people entering the workforce or looking to change careers, now is a great time to look into tourism and hospitality.