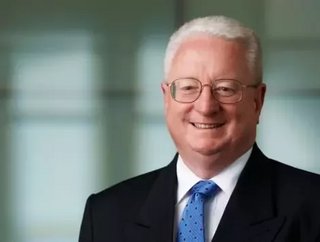 Peter Allen has extensive experience in real estate particularly and shopping malls. Prior to joining Westfield in 1996, he worked for Citibank for 11 years in Melbourne, New York and London. Allen is responsible for Westfield’s global finance function.  Under his guidance, Westfield Group has become the largest retail property group in the world by equity market capitalisation and one of the largest entities listed on the Australian Securities Exchange.

With extensive experience in financial markets, funds management and finance, Philip Coffey was elected to Westpac CFO in 2005. Coffey currently oversees the bank’s finance, tax, treasury and investor relations functions. Under his leadership, Westpac’s net profit rose to A$6.346 billion for the 12 months to September 30 compared with $3.446 billion the year before. In 2010, Phil Coffey brought home a cool $2 million salary for his role as CFO.

David Craig commenced as Chief Financial Officer in September 2006, and is responsible for the financial management frameworks of the CBA. He incorporates the areas of finance, audit, group treasury, security, procurement and investor relations. David has over 30 years of experience in financial management, strategy, mergers and acquisitions. In 2010, Craig addressed a boardroom event for 25 CFOs where he discussed “Australia is not an island: Issues facing CFOs.”


It is believed that Leighton CFO Peter Gregg was the rumored favorite to succeed CEO Wal King, based on his previous experience at board level and his high-level executive roles at Qantas Airways. Unfortunately, he lost the role to David Stewart but Leighton’s international contracts are way up. Peter Gregg has said, “The Australian economy is quite strong, driven by demand for energy and mineral resources and that demand should continue to drive major investment, including in related infrastructure.”

Neville was part of the team that listed Cochlear on the ASX in 1995, and since then he has been a member of the Core Team responsible for the development and execution of Cochlear’s global growth strategy. His daily responsibilities include all finance related matters, including statutory, budgetary and forecasting accounting.  He’s also responsible for investor relations, taxation, foreign exchange and legal matters.  Neville has led a number of acquisitions and debt raising activities at Cochlear.

With 25 years of service with CSL, Gordon Naylor has held a number of specialist, operations and general management roles globally. He has significant experience in mergers and acquisitions and risk management and has been instrumental in the transformation of the CSL Plasma business. Naylor has been hailed for executing amajor plasma purchasing program and the plasma collection process from recruiting and screening of donors to testing, freezing and shipping of plasma through a global logistics network to internal and external customers.

As the Finance Director of gold miner Newcrest, Robinson is responsible for leading the company’s strategy, planning and business development activities. He played a large part in the 2010 merger with Lihir Gold, which helped Newcrest bring in a net income of $438 million in the six months ending December 31, compared with A$176 million a year earlier.  Though he has been CFO since 2006, Robinson will succeed retiring Newcrest CEO Ian Smith in July.

Since joining Telstra in 1967, Stanhope has held a number of operational roles and a range of senior financial management positions, including Director, Finance. In this role, he contributed to the T1 and T2 share sales, cost reduction programs, growth strategies, debt raising, capital management and organisational restructures.  In his current role as CFO, Stanhope is responsible for finance, treasury, risk management and assurance, corporate planning, business services and beyond.