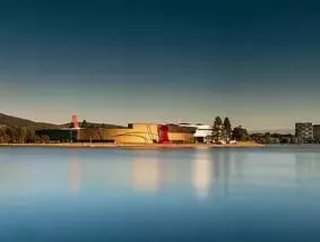 Vital to the success of industry and retail is a safe, secure and economical power supply. Here are five of the key energy providers making sure Australian businesses lights are kept on.

Commander Australia is an Australian telecommunications company owned by M2 Group since 2009. It was formed as a joint company between Plessey and Telstra Corporation, after PABX telephone systems were sold under the name Plestel PTY Ltd. The company held rights to distribute products developed by 3Com, Nortel Networks and Siemens, many of which were rebranded as Commander Systems. The company was renamed Commander Australia Limited in October 2000.

Click Energy are an Australian based energy supply company based 100 percent online. The company was started in 2006 with an aim of supplying cheap electricity. Because the company is based solely online, it is able to supply lower costs and value energy.

BlueNRG is an Australian owned retail electricity provider that aims to lower costs for its customers, and also advises them on how to use less electricity. The company also has a high percentage of positive customer feedback, with 73 percent of customers saying they were ‘extremely satisfied’.

Alinta Energy is an Australian based retail energy company. It was founded in 2011 (with some parts of the business dating back to the 1950’s) and is headquartered in Sydney. Its current CEO is Jeff Dimery and it has around 700 employees. The company currently has around 800,000 residential, commercial and industry energy customers.

AGL Energy is an Australian energy company which provides electricity for both residential and commercial use. It generates electricity from power stations that use thermal power, natural gas, wind power and coal seam gas sources. The company first started in 1837 as The Australian Gas Light Company, and in 2014 has more than 3.8 million residential and business customer accounts across New South Wales, Victoria, South Australia and Queensland. It is Australia’s largest private owner, operator and developer of renewable energy assets.