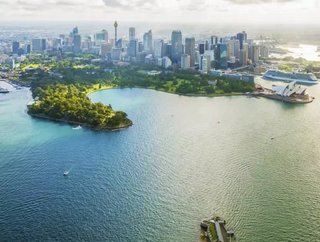 Business Chief explores the culturally and economically diverse city of Sydney, along with three of its industry-leading companies.

The capital of the New South Wales region since 1901, Sydney is located on the southeast coast of Australia. Featuring in The Guardian’s 2019 poll of the 10 most liveable cities, Sydney ranked an impressive third, behind Vienna, Austria and its Victoria-based southern counterpart Melbourne. Measuring over 1580km in length, the city started with an initial population of only 1,000 in 1788, which has subsequently grown to over five million people, making it the most populous settlement in the country.

As a result of mass immigration following the end of World War II, Sydney has become a multicultural melting pot with an incredibly diverse range of languages spoken across the city daily, including English, Mandarin Chinese, Italian, Hindi and Greek. The city exhibits a sometimes eccentric history, with the Sydney Harbour Bridge infamously opened in an unofficial and unorthodox manner in 1932, when retired cavalry officer Francis De Groot decided to slash the inaugural ribbon with his sabre on horseback. He was fined £11 for the incident.

With the largest economy in Australia, Sydney’s GDP receives important contributions from retail, manufacturing and health care. Approximately 65% of the country’s finance industry is housed in the city, with the Commonwealth Bank of Australia taking AU$26.1bn in revenues in 2018 and providing employment for almost 52,000 people. The first bank in the country was opened in Sydney in 1817 - the Bank of New South Wales - which still exists today as Westpac.

Attracted by the natural beauty and world-famous landmarks like the UNESCO listed Sydney Opera House, the city is a major tourist hub, receiving 10 million domestic visitors and four million international visitors per year. Near the central business district sits the Sydney fish market, the largest in the Southern hemisphere and the third-largest in the world overall. The city has a reputation for innovative healthcare, with Dr Mark Lidwell inventing the pacemaker in 1926 at Sydney’s Crown Street Women’s Hospital.

A pooling solutions company specialising in pallets, crates, containers and ULDs (unit load devices), Brambles Ltd was founded in 1875 as the butchery W.E. Bramble & Sons Ltd. Originally based in Newcastle, New South Wales, the company began expanding into the logistics sector and eventually moved operations to Sydney in 1958. Brambles has since grown into one of the largest and most important companies operating today in Australia, thanks to its global supply chain links. In 2018, Brambles recorded a revenue of US$5.6bn and currently provides employment to approximately 11,000 people. Maintaining the same spirit which saw a family butchershop become a national supply chain leader, CEO Graham Chipchase has stated that the company’s sights are set firmly on the future. "Our ambition remains to lead the platform pooling industry in customer service, innovation and sustainability."

Located five miles south of Sydney, the city’s eponymous airport is the busiest in the country, processing an estimated 44.4 million passengers in 2018. Use of the landing space commenced in 1919, making it one of the oldest airports still in operation. Providing essential transport networks for domestic and international passengers and trade, Sydney Airport (SA) has three passenger terminals and seven cargo terminals - the latter accounting for almost 45% of freight imports/exports within Australia. Voted amongst the top 25 best airports in the world by Skytrax by its 2019 list, SA has a strong focus on lowering carbon emissions and increasing its sustainability. The airport has managed to reduce CO2 by 30.9% since 2010 and has invested A$5.7mn into local community projects.

A company truly native to Sydney, AGL Energy was originally formed in 1837 at the Australian Gas Light Company. Following a merger with Alinta Ltd in 2006, the company was renamed to AGL Energy and currently serves 3.6 million customers across New South Wales, Victoria and Queensland. Employing over 3,700 people and achieving a revenue of A$12.8bn in 2018, the company notably supported the ‘Energy Charter’ initiative that same year. The project aimed to unite separate elements of the supply chain and provide energy to customers with increased reliability and affordability. Also keen to display its green credentials, AGL created the Powering Australian Renewables Fund (PARF) in 2016. An innovative financing solution which aims to develop 1,000MW of renewable energy projects, AGL will use the $2-3bn fund to open a portfolio of eco-friendly enterprises to investors.

Reflecting this conscientious attitude to business, Sydney will play host to the ‘Ethics and Decision Making for Leaders’ event on 21 May 2020. The organisers, believing that the paradigm for leadership has shifted significantly in recent years, will be running a course designed to develop ethical practices in business, build an understanding of how to implement ethical frameworks, and unite teams towards a common purpose. Housed in one of the most diverse cities in the world - both culturally and economically - the results of this event are sure to be revelatory and influential.