Three reasons why Tencent’s profits are up 43 percent 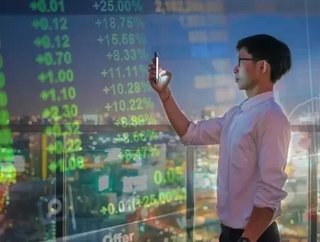 Chinese internet and technology giant Tencent Holdings has announced that its third-quarter net profit grew by an enviable 43 percent on last year.

Tencent is one of Asia’s most valuable technology companies in a market with no shortage of ground-breaking innovators backed up by mature markets and big spends. With a market capitalisation of roughly $240 billion, Tencent is also one of the largest.

Business Review Asia looks at the three main reasons why Tencent is displaying such prodigious growth.

Tencent’s revenues from PC games have slowed of late but, as shown in its most recent quarterly results, its smartphone games have more than made up for the deficit. The company has been able to achieve this growth through a number of important acquisitions across the world, as well as the continuing success of a number of its mobile games.

Tencent’s revenue from smartphone games grew by and eye watering 87 percent in the third quarter. PC games grew by a much more modest 10 percent - overall games revenue growth stood at around 27 percent.

In the third quarter, Tencent’s advertising revenue grew 51 percent on last year’s. Over the past year, Tencent has been exploiting the massive user base on its chat app called WeChat to the point where it is now a key source of revenue growth. Revenue from performance-based ads, including those placed in WeChat’s Moments section, exploded by 83 percent in the quarter.

Electronic payments have also been a new source of revenue for the tech giant. WeChat carries a mobile wallet function known as WeChat Pay, which can be used for both online and offline transactions. In the third quarter, revenue from the business that includes payments more than quadrupled to 4.96 billion yuan from 1.1 billion yuan in 2015.