Tencent sees 61% profit growth thanks to gaming and advertising 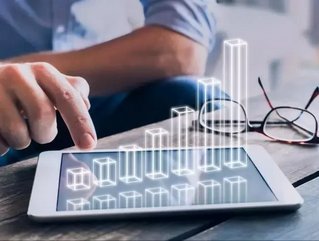 The company, famed for its creation of the popular online game League of Legends, is much more than just a gaming company nowadays. As the largest tech company in Asia, this year it has grown its profits by 61% mainly thanks to its mobile gaming and online advertising sectors.

The company reported a total incline for Q1 of $3.65bn, which according to the South China Morning Post exceeded market expectation by around 30%.

Social and advertising sales enjoyed a year-on-year increase of 69% thanks to the popularity of WeChat moments, a social platform within the popular WeChat messenger service, among advertisers.

In total, the revenue of the business rose by 55% since the same quarter last year. Tencent has been showing strong growth in its quest to rival Alibaba over a diverse number of sectors. The Post cited Bloomberg research which totals the number of mergers, acquisitions and investments by the tech giant at 62 over the past few years.

These have included investment in LeEco’s TV offering which will allow Tencent’s platforms to provide a wider variety of content to Chinese audiences.

Tencent has also invested in online car platform Chehaoduo and music streaming service, Gaana, which is India’s answer to Spotify.

Additionally, relationships have been built with UK insurance company Aviva and French supermarket Carrefour – the latter will help the company compete in the growing “new retail” space which Alibaba currently dominates in China.