Sydney ranked the most expensive city for construction in Australia 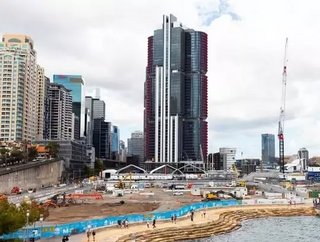 Sydney has been ranked as Australia’s most expensive city to build in, placing ninth on the global scale.

Melbourne was considered the nation’s second most costly city for construction work, according to a recent report by Turner and Townsend.

Globally, Melbourne ranked 19, Brisbane was placed at 21, and Perth could be found at 23.

In terms of tendering conditions, Sydney and Melbourne are ‘hot’ cities, with Brisbane being ‘lukewarm’, and Perth being considered ‘cold’.

“[Australia’s growth phase] is set to continue until the end of this decade led by road and rail projects, commercial, health, retail, defence and hotel sectors,” stated Gary Emmett, Economist at Turner and Townsend.

“Sydney and Melbourne are witnessing strong growth in financial services, and real estate, with 17 per cent jobs growth during the year. Unemployment has fallen to 5.4 per cent,” the report states.

The report also highlights the rise in spending within infrastructure across the country, as well as activity rise.

“Major road and rail projects are ramping up, boosting the local economies and demand for trade skills,” the report reads.

“Tunnelling is a focus. Sydney Metro Rail is delivering 15 kilometres of tunnels, and Westconnex, a mostly underground 33 kilometre roadway, is under way.”