Sydney motorway WestConnex to be bought by Transurban for AU$9.26bn 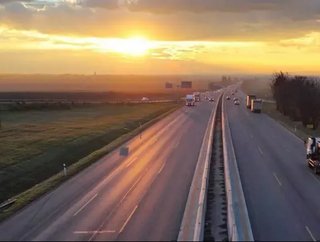 Transurban's $9.26bn bid for the in-development WestConnex motorway has been accepted by the New South Wales government, ABC reported.

As a result of the deal, 51% of Sydney Motorway Corporation, the government-owned company constructing the $17bn freeway, will be sold to Transurban’s consortium, Sydney Transport Partners.

The road operator, with majority stakes in urban toll roads in Australia and North America, will add WestConnex to a portfolio already containing seven of Sydney’s nine toll roads.

The project’s construction is due to be completed by 2023.

New South Wales Treasurer, Dominic Perrottet, said of the road: “This project means people will be able to travel from the west and south west of Sydney with ease, spend less time in traffic, and get home to their families faster.”

Despite concerns regarding the effect the deal may have on competition for similar projects in the future, the Australian Competition and Consumer Commission (ACCC) cleared Transurban’s bid on 30 August.

The ACCC placed a series of court-enforceable requirements on the project which it specified Transurban must agree to in order to place the bid.

One such requirement noted that Transurban must publish traffic data from its toll roads in the interests of competition for future projects.

“The ACCC has cleared Transurban to participate in this transaction and our job is to get the best result for the taxpayers of NSW and that’s exactly what we’ve done,” Mr Perrottet said.

Under Transurban’s deal, the firm will operate the road for 42 years.

According to the Sydney Morning Herald, Opposition Leader Luke Foley argued that the deal has committed the road to four decades of “unfair tolls”.

“This is not a happy day for Sydney’s motorists,” Mr Foley said.

The Sydney Mornig Herald continued: “Under the terms of the deal, tolls across WestConnex will rise at 4 per cent per year or inflation, whichever is the higher, until 2040. From 2040 to 2060 tolls will increase at the rate of inflation.”