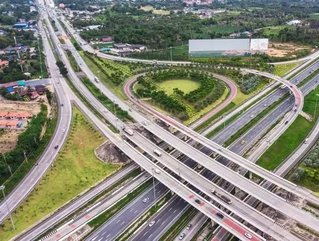 The WestConnex freeway project has secured the designer and construction contractor for its final crucial element, the Rozelle Interchange and Iron Cove Link

JCL Joint Venture (John Holland CPB Contractors) signed the AU$3.9bn contract, which includes taking charge of a complex underground motorway junction, as well as redeveloping a disused rail yard site into a 10-hectare space for the benefit of the local community and ease of access to public transport.

The contract also includes facilitation of connections to the proposed Western Harbour Tunnel, and road improvement works around the Bays Precinct and Inner West, according to the Westconnex press statement.

“Today’s announcement shows we are getting on with delivering major infrastructure to help address congestion in Sydney,” said Stuart Ayres, Minister for WestConnex.

“This great result has been made possible through the highly collaborative tender approach, which allowed shortlisted parties and the government to truly innovate, share knowledge and leverage opportunities.

WestConnex’s press release added that this final contract has maintained the project’s budget of $16.8bn, and that construction of the Rozelle Interchange is expected to being in mid-2019.