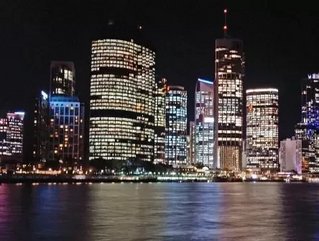 Forget London, Hong Kong and New York—Australian cities are now among the most expensive in the world, the Economist Intelligence Unit’s Worldwide Cost of Living survey shows.

Sydney, Perth, Melbourne and Brisbane all rank within the top 15 most expensive cities to live, with the strength of the Australian dollar attributing to increasingly high living costs. While Sydney came in as the sixth priciest city in the world, Melbourne was close behind in seventh—and up considerably from 38th last year.

“Rising domestic prices, partly due to rising oil and commodity prices, have been compounded by the strength of the Australian dollar, which achieved parity with the US dollar earlier this year, compared to being worth around half that much 10 years ago,” survey author John Copestake said last week. Despite the rising cost of living, the National Australia Bank reported the number of home loan customers has increased.

Melbourne also tipped the scales as Australia’s most expensive destination for business travelers. Accommodation, meals, taxis, drinks and a newspaper now cost the average business traveller $US760 ($A712.75) a day, with Sydney close behind at $US627 ($A588).

"Australia has long been an attractive destination, with Melbourne and Sydney becoming international cities in their own right," Copestake said. "Whether the spiralling relative cost of living will dampen this appeal remains to be seen."

The survey ranked Tokyo, Osaka, and Oslo as the three most expensive cities in the world. Mumbai, Tunis and Karachi were the cheapest among the 140 cities used in the survey.