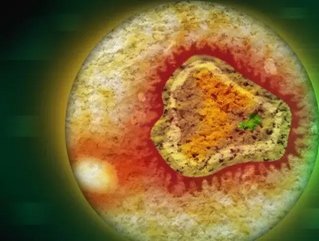 Recently, Business Australia’s sister site Global Healthcare wrote about a new disease that Australians should be aware of as it makes headlines throughout the Asia-Pacific.

The Middle East Respiratory System (MERS) is putting fear into the lives of residents of Seoul, South Korea, with more than 2,300 people quarantined as the country grapples with the outbreak, according to CNN. Over 1,800 schools will also be closed for several days amid concerns of the spread.

According to official numbers, 87 people have contracted the virus and six people have died.

RELATED TOPIC: How The Asia-Pacific Region Could Outshine The Americas In E-commerce By 2018

The outbreak was first reported on May 20 and has since spread rapidly. While there has been no sustained human-to-human transmission, the worst-case scenario is the virus changing, such as Severe Acute Respiratory Syndrome (SARS) did in 2002-2003 and wound up killing about 800 people world-wide.

But what impact will this disease have on South Korea’s economy? With it already in a weak state, the Korea Tourism Organisation said about 25,000 people canceled trips to South Korea from June 5-7. With hope that the disease will be contained within a month, there are predictions that the tourism, retail and restaurant industries may take a big hit. In 2013, tourism made up 5.8 per cent of South Korea’s economic output, according to KTO.

Morgan Stanley’s Sharon Lam wrote, “We expect retail sales to drop 10 per cent and restaurant sales to decline 15 per cent in the current month, but tourism would fall 20 per cent for two months because it will take longer for tourists to come back. That could cut 2Q-3Q growth by about 0.5 per cent and annual Gross Domestic Product (GDP) by 0.15 per cent.”

But if the outbreak gets out of control and it takes longer than a month contain, “The Korean economy would tumble into recession. That would slash 2Q-3Q GDP growth by 3.0 per cent and annual GDP by 0.8 per cent,” said Lam.

Reuters recently reported that South Korean authorities will track the cellphones of the 2,300 people under quarantine to prevent the spread of MERS.

The South Korean government, which is under criticism for a lack of transparency and failing to respond swiftly to the outbreak, said on Sunday that it would track people who may have come into contact with patients via their mobile phones. As of last week, 1,179 cases of MERS have been confirmed in 25 countries according to the World Health Organisation (WHO) said.