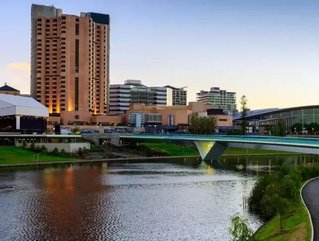 Investment Attraction South Australia (IASA) has helped create 16 major projects for the region, totalling around $1bn worth of investment. Economically, the benefits are expected to reach a value of more than $4.5bn.

Companies that IASA has worked with in South Australia include Babcock Australia, ScreenAway and Orora Limited, who it assisted with an expansion worth $52m.

“The government helped us with our own business case. They are very commercially focussed; they have a vision for job creation, a vision for developing the state and bringing sustainable business.”

The agency has built a particularly strong relationship with France ever since French company DCNS was awarded a $50bn deal last year to build Australia’s new fleet of submarines in Adelaide, SA.

Team France and Team South Australia have signed a Memorandum of Understanding looking to officially bring their two business sectors closer together.

Across July 11th and 12th, the Australian-French Entrepreneurship challenge will take place for the first time. The event, which is to be held at the Adelaide Oval, will give PHD students the opportunity to develop innovative start-up businesses in 24 hours.

Up to 70 participants are expected to take place in the initiative which has come about through the work of the Government of South Australia, the Embassy of France in Australia and various academic institutions.